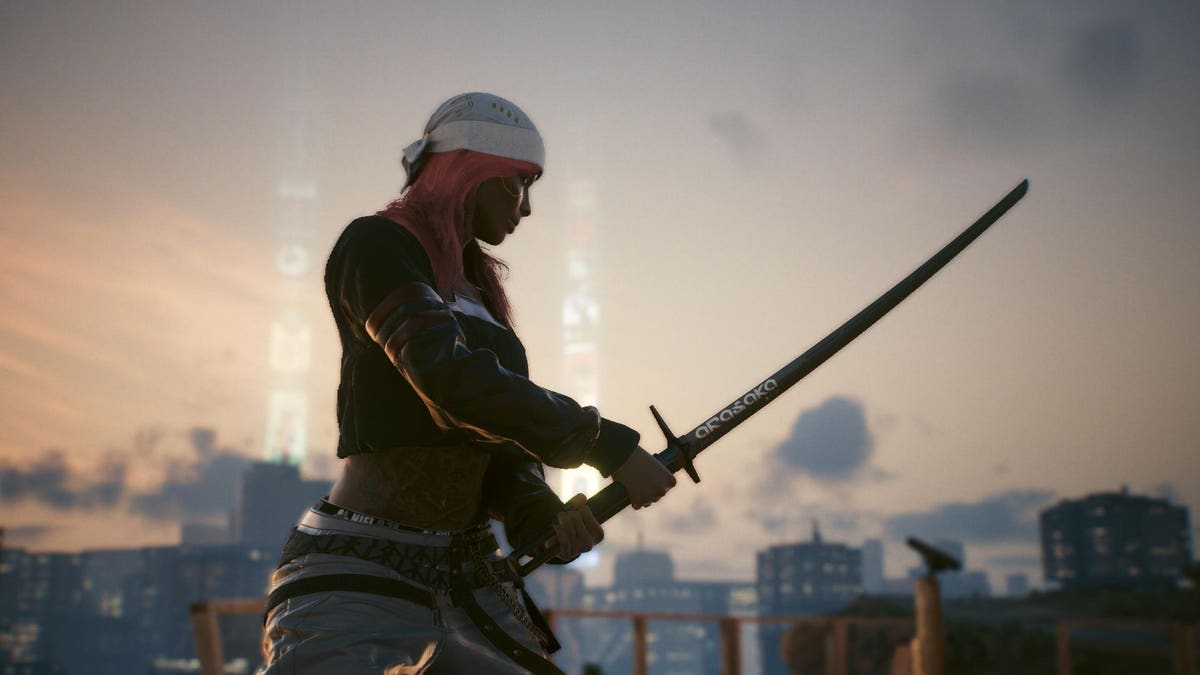 I’ve spent the last few weeks playing what is essentially another full Cyberpunk 2077 game. A long time ago, I left one of my PC Vs, an experimental build that would focus on going guns blazing, stuck on the level. 15 or so. My goal was to come back to it later once the game had been fixed and patched with added QoL changes. Now, with the recent revival of the game, I thought this was a good time to get back to her, and 30 hours and 35 more levels later, I have a maxed-out V that needs to go meet Hanako in Embers.

Previously, I have written compilations of patch notes with the long lists of changes that have been made to the game in the last two years, but actually playing it is a different story. This is what I have really noticed that has changed since my first games. And it’s a good amount.

Performance, stability, bugs – Although I did not find any errors that completely it broke my game in my initial Cyberpunk launch game, there were a lot of pesky ones to be found. Here though, with thousands of fixes in place, I think maybe I reloaded one time to fix something stuck, but outside of 30 hours, that’s not too bad. Sure, you’ve got the occasional glitch, like a sprawling corpse or a guy standing on the seat of his motorcycle, but we’re miles from the launch era when in-game bug compilation videos were setting the internet on fire.

the images – While Cyberpunk always looked better on PC, these days it’s really been taken to a new level. Night City is, what I’d say, the best looking modern/futuristic cityscape to ever appear in a game, and a really beautiful place to just walk around and explore. This wasn’t always the case on console, but here, it’s a beautiful game, one that has made taking photos around the world a hobby.

the living city – CDPR has noticeably, dramatically improved the population density of the city, where at least in my PC version, Night City is teeming with pedestrians, who are no longer clones of each other, nor do they react dumbly and identically when there are danger nearby. All of that has been fixed. And I would say that there are enough random events as you progress through a new game, crimes, casual conversations, to make the city feel more alive than before.

The new missions – Not many, but I did notice some of the new quests seeping into the old ones, like a guy I rescued was mentioned in a different job when he wasn’t before. I really appreciated the rewards I racked up from Fixers while playing, which used to not be a thing, but now they give you powerful weapons and nice cars which are useful while playing. All of these are best experienced with a new game, let alone going back to a save game where you beat it all.

Difficulty – The difficulty in the game has been rebalanced, both in terms of giving you more XP and cash rewards on higher difficulties, as well as making those difficulties… harder. My fiery weapon build is strong, but it’s still possible to get killed even with six Cyberware mods to give me extra lives if my health drops. Very Hard is… very hard now, depending on your build. Certain things like quick hacks and sandevistan cyber software are still mastered but you want a a little of that so you can make sure you’re still having fun and not just getting brutalized.

personalization – I can’t speak highly enough about the new transmog system that was introduced, which allows you to throw all your gear in the trash, saving you hundreds of pounds of weight, but keep all those styles for a custom V look that retains the benefits of your “powerful” team. under. And the fact that you can change your V’s face and hair after all this time is great, even though that’s something that should have been around all along, and it’s absurd that it’s taken so long to arrive. I only wish more clothing, tattoos, and cyberware options were added, but you have to rely solely on mods for that.

driving – It just feels better. I know they made a lot of changes to the handling of the cars, and it’s… much better. However, car combat is still not a thing, and that’s something they’ve said they’ll fix later. A little late, that.

The weather – One thing I noticed is that Cyberpunk realized how cool their dust storms were, and they happen more often now, and actually in the city, not just in the Badlands. Between that and an increase in rain as well, it’s much more of a Blade Runner 2049 vibe, and makes the city feel more alive than before, and incredibly visually stimulating.

The nucleus – The core of the game is the same, and what was missing before is still missing. The paths of life do not mean more or less anything. You’re essentially locked into a relationship based on your V’s gender and preference. I still find Johnny extremely annoying for 90% of the game. Too many interesting side quests end in frustrating loose ends. But I maintain that the Okay The quests here are still some of the best in the genre, thanks to NPCs like Panam, River, and Judy. My replay of Pyramid Song with Judy last night reminded me how much they nailed some things here.

I liked Cyberpunk even when it was broken. I didn’t like the things that were broken, and I was sorry that CDPR released it in the state it was. But I was able to see the good game beneath the surface, and now, after two years, it’s much, much easier for everyone else to see that too. I’m not being tricked into giving it a real new score here, but yes, I do recommend you give it a try, if you’ve avoided it for so long.