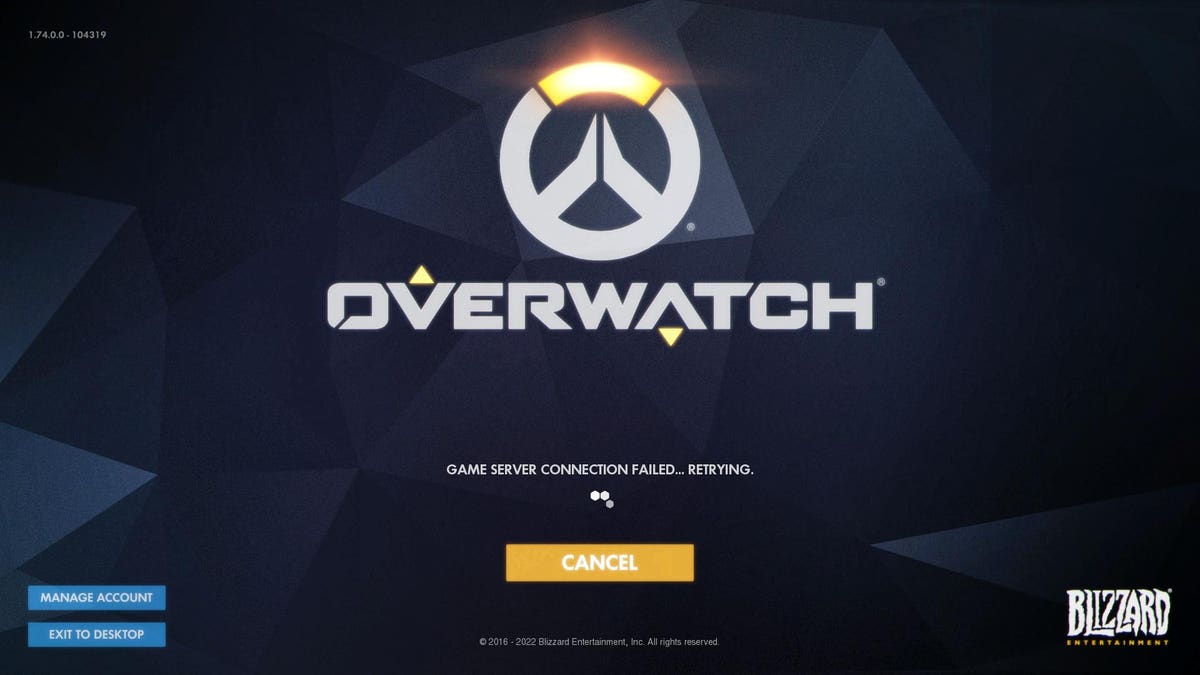 And so, supervision 1 It is gone. Blizzard shut down the servers today at noon ET in order to prepare for surveillance 2 live tomorrow. I am excited about the sequel, which will appeal to many very late steps forward to the series. Still, I want to take a moment to remember the original game.

Among Supervision a little late. I first tried it during a free weekend in November 2016, not long after I got a PS4 (I missed out on Ana, Sombra ARG, and the first chaotic days of fully open hero selection). I enjoyed my initial time with him and purchased Supervision while it was for sale. It wasn’t until the first Lunar New Year event and Capture the Flag presentation that I really got hooked.

I haven’t counted my total playtime across all my accounts, but I’ve easily played over 5,000 hours of Supervision. As frustrated as I am with certain aspects, I deeply love the game. It’s my second favorite game of all time – nothing has ever come close to beating The Legend of Zelda: A Link to the Past.

The world, the characters, the gameplay, the skins, the voice lines, the interactions, the sprays… Everything was obviously designed with care and love. Each animated short film is incredibly well done. The bright and vivid art style was a very welcome tonic for the many militaristic first-person shooters out there. The responsibility of teamwork and focus on goals also appealed to me, not to mention the spirit of positivity and inclusion.

the Supervision the community is, for the most part, wonderful too. You just need to ignore (and, more effectively, denounce) those who poison the well. I’ve gotten to know quite a few players over the years, including those who create content around the game and others who build fantastic workshop modes.

I could talk all day about this game and why it will be with me for the rest of my life (at least in spirit). It has been my preferred method of relaxing or blowing off steam for the past six years. I hop on Mystery Heroes, by far my favorite game mode, to relax for at least a couple of rounds most days. Supervision it’s a warm blanket through which I only sometimes feel the unfortunate spikes of toxic players.

Supervision It has also proven to be very important to me on a professional level. I wrote my first article on the game in 2017 (a Doomfist guide, in case you were wondering) and haven’t looked back since. between cover Supervision, vigilance league, the community, and what’s happening at Blizzard, I’ve written hundreds of stories about this corner of the gaming universe over the last five years. I’m excited to continue like this with surveillance 2.

After two and a half years of Supervision effectively being on ice, I’m ready to move on. Sure, as Mei’s main, I’ll miss being able to freeze enemies with her main fire. I’m bummed that I won’t be able to trash Hanamura’s arcade while I wait for the doors to open. I’ll be sad to say goodbye to some of the classic tank duos, like the one-two of Rein and Zarya and the double team of Winston and D.Va.

But it’s time for something new.

surveillance 2 is, for the most part, a great evolution of the series. The matches are more dynamic and active. It looks better than ever thanks to fantastic hero skins, maps, cosmetics, and lighting. It sounds thick as heck too. it’s disappointing that the monetization and some other aspects let things down.

Right now, surveillance 2 it’s a solid foundation for many exciting things to come. I’ve seen some of the heroes, maps, and other updates in the upcoming seasons. They are definitely worth waiting for. Trust me on that. And then there’s the other half of the game coming next year with the cooperative PVE experience.

Right now, I’m totally in the future and surveillance 2. I’m excited to talk to people about this and write many more stories about it. That said, I’ll probably be starting the sequel tomorrow with tears in my eyes.

Bye, surveillance 1. You changed my life for the better.