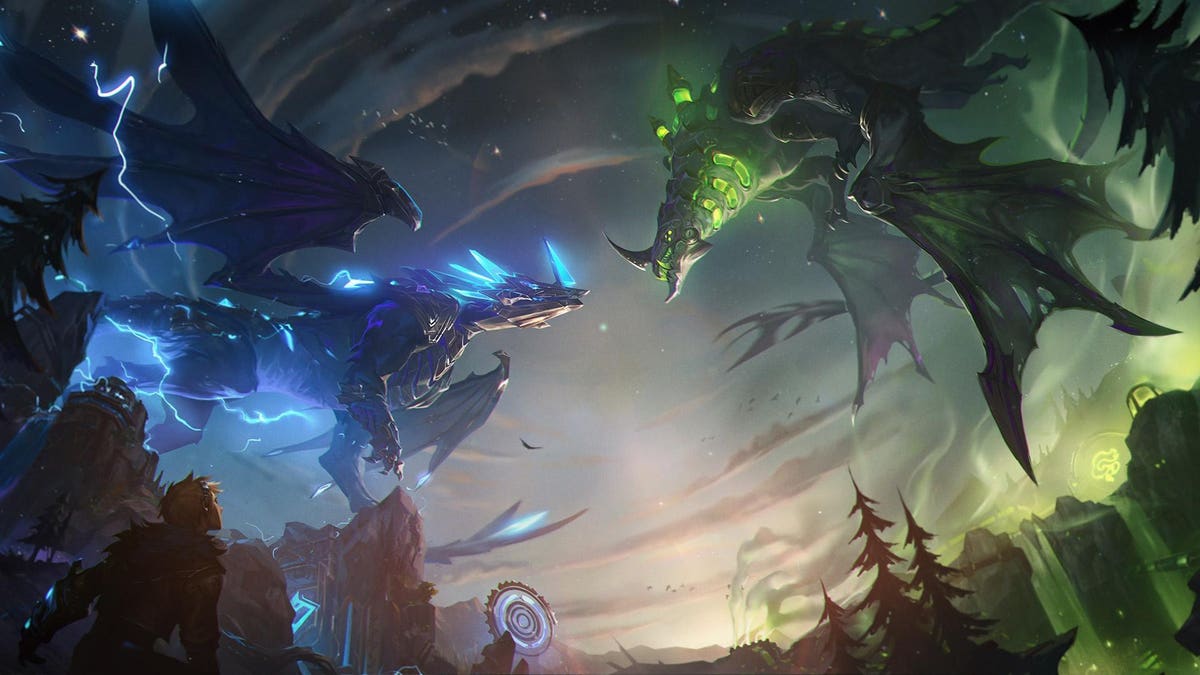 Riot Games has revealed the patch notes for the 2023 preseason update for League of Legends, showcasing jungle changes, the return of the Chemtech Drake, and a bunch of new communication options. What’s even better is that this first iteration of the preseason update will be available on PBE tomorrow; 4th of October

One of the biggest areas of focus for 2023 League of Legends The preseason update is the jungle, which has been feeling a bit stale for a while now. The biggest change here is the addition of jungle pets, which are little creatures that will follow you around the jungle and provide you with some buffs as they get stronger. You will have to buy an egg from the store and then kill some monsters to make them evolve into your real pet.

The three pets available initially will be the Noxian Embercat, which will give you slows and bonus damage, the Ixtali Ixamander, which will grant you a shield based on your health that gives you bonus slow resistance and tenacity when broken, and finally the Ionian Cloudleaper. which will provide additional movement speed.

Elsewhere in the jungle, indicators have been added to show each camp’s leash range, and the distance that can be traveled in a camp has been reduced across the board, so there’s less of a need to stand exactly on the right place to perfectly optimize your route.

Speaking of jungle routes, there is also a new recommended jungle route option, which will show you the ideal journey through the jungle during the early stages of the game. These have been created based on win rates in high level games, and will be updated with every patch so you don’t have to worry about taking a path that was out of date over a year ago.

Outside of the jungle, the other big change is the return of the Chemtech Drake. When the drake is killed, he will now grant a small amount of toughness and healing/shield strength, while Chemtech Soul will grant additional damage when he is below a certain amount of health.

Just like other dragons, the map will also change when the dragon falls. There will be a Chemtech-inspired skin with Zaunite chemicals and mutated jungle plants with enhanced effects. During this effect, Blast Cones will launch it twice as far, Honey Fruits will no longer slow it and will instead offer an additional shield, and Scryer’s Bloom will reveal a small circular area around the plant and a cone opposite the direction it went. hit, granting movement. speed towards revealed enemy champions and reduced revealed wards to 1 health.

Elsewhere there are a bunch of new ping options, increasing the main ping wheel to eight options with the additions of Push, All-In, Hold and Bait. There is also a new vision indicator wheel, which allows you to indicate that vision has been removed, that the enemy has vision, or that you need vision. I can see that the latter is used a lot.

An objective vote has also been added, allowing you to propose the option to take an objective for your team and they have to vote on that idea, which should make it easier to decide as a whole team if you want to take Baron. And finally, the address of the pings will now be shown to you off-screen so you don’t have to guess.

As you’d expect with a preseason patch, there are plenty of other changes, including suggested runes and abilities for new players, some changes to how top lane works, and a bunch of new and updated items. You can see them all in full patch note breakdown.

Unlike in years past, Riot is releasing the first stages of the preseason update to PBE early so players can have more time to test out big changes and the team can get detailed feedback. As a result, many of the assets you may see on PBE in the early stages will not be final and will be updated as the preseason process progresses.