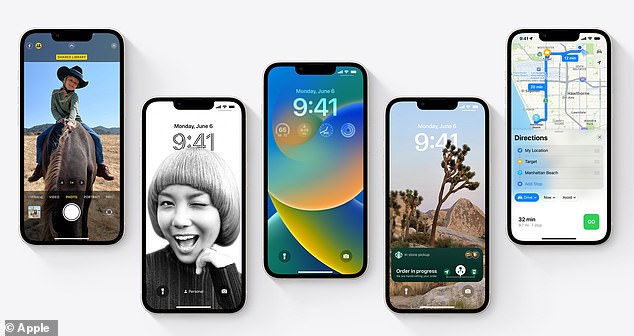 It was first announced in June, and now Apple has revealed the release date for its iOS 16 update.

The software update, which will be available for iPhone 8 onwards, will finally be released on September 12.

“Designed to take advantage of the new capabilities of iPhone 14 Pro, iOS 16 introduces a revamped lock screen along with new communication, sharing, and intelligence features that together change the way users experience iPhone,” Apple explained in a post on your newsroom.

Here’s a look at all the key features coming with iOS 16 on September 12.

The software update, which will be available for iPhone 8 and later, will finally be released on September 12.

– Ability to edit and unsend messages in the Messages app

– Updated live text to include video

The biggest update that comes with iOS 16 is the lock screen, which can now be customized.

Users can choose whether to display their favorite photos, customize font styles, and display a set of widgets on the lock screen.

For example, if you regularly check the weather, you can choose to have a weather widget permanently on your iPhone’s lock screen.

“The lock screen is more personal, beautiful and useful than ever with a multi-layer effect that artfully positions photo subjects against the time and redesigned widgets that offer information at a glance,” Apple explained.

For lock screen inspiration, the wallpaper gallery offers a variety of options, including Apple collections, a weather wallpaper to view live weather conditions as they change throughout the day, a astronomy wallpaper to see the Earth, the moon and the solar system, and much more.’ 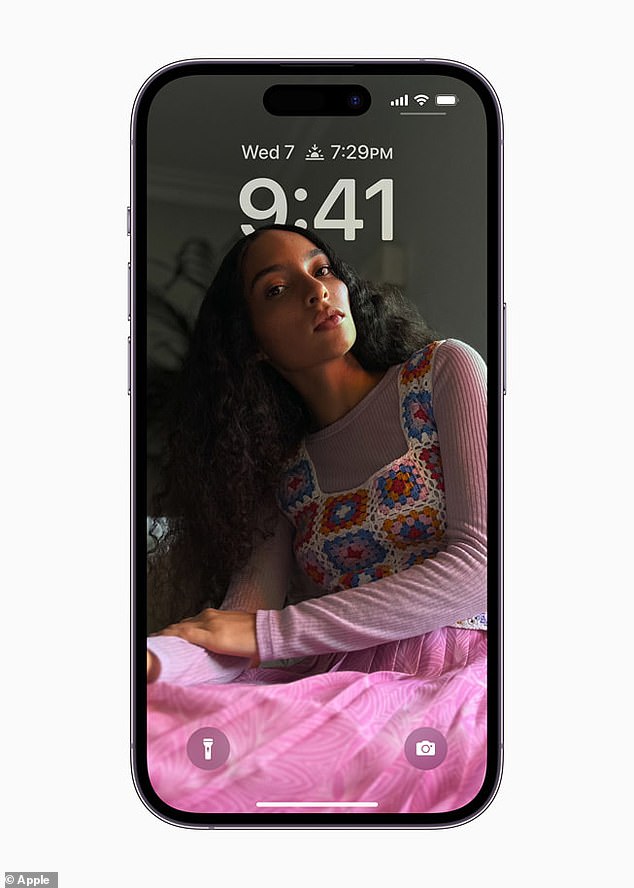 The biggest update that comes with iOS 16 is the lock screen, which can now be customized. Users can choose whether they would like to display their favorite photos, customize font styles, and display a set of widgets on the lock screen.

If you’re always making typos, you’ll be happy to know that the Messages app includes a variety of new and useful tools.

“You can now edit a message you just sent or unsend a recent message entirely,” Apple explained.

“And you can mark a message as unread if you can’t reply right away and want to come back to it later.” 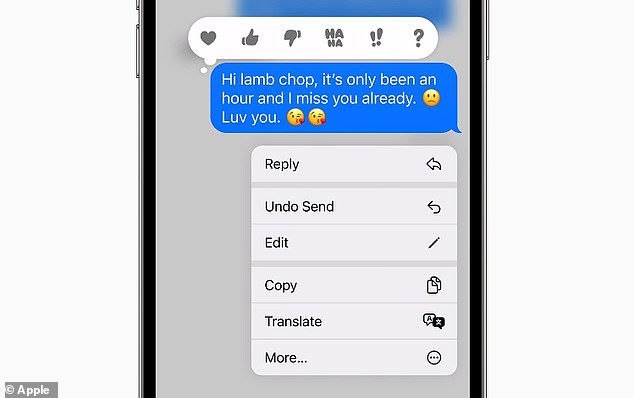 If you’re always making typos, you’ll be happy to hear of a variety of new and helpful tools coming to the Messages app.

How to cancel sending a message in iOS 16

1. In the Messages app, open the chat that contains the sent message you want to cancel.

2. Long press the sent message you want to correct

4. The message will disappear and be replaced by the text ‘You didn’t send a message’

Apple has introduced a new iCloud Shared Photo Library, which it describes as the “best way to share photos with your family.”

Users can choose what to include in their shared library based on a start date or the people in the photos.

The search feature in Mail has been improved to provide more accurate and complete results.

And just like with Messages, users can now unsend emails.

“Easily forward an email you just sent, schedule messages to be sent when you want, and get reminders to follow up or come back to a message later,” Apple said.

Live Text has been updated and is now available for video and features quick actions.

For example, if you were on vacation in France and wanted to quickly find out how much a basket of grapes costs in your local currency, you could take a photo of the price tag and your iPhone would instantly convert the currency. 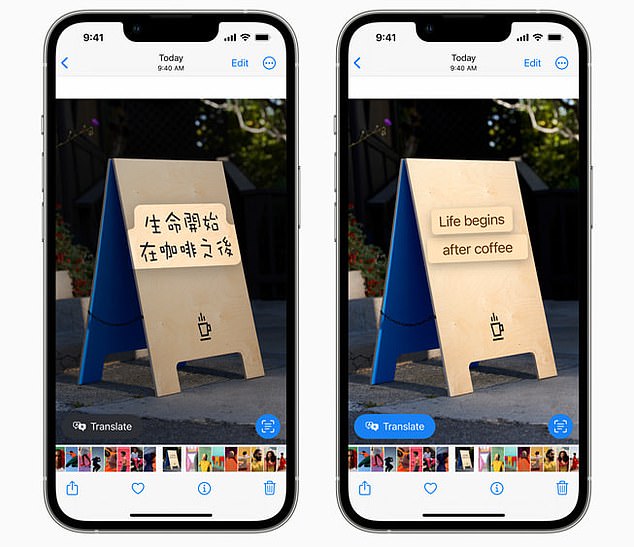 Apple’s live text tool has been updated and is now available for video and features quick actions.

Apple Maps will now let you add multiple stops to your routes in advance.

“Plan multiple stops along your route ahead of time or easily access previous routes in Recents,” Apple explained.

“Maps also syncs across all your devices, so you can look up directions on your Mac and view them on your iPhone when you’re ready to go.”

Apple has added a new Medicines feature in the Health app.

“The new Medications feature in the Health app helps you manage, track and understand the medications you take,” he said.

Meanwhile, users will now be able to benefit from the Fitness app, even if they don’t have an Apple Watch.

“The Fitness app can help you track and reach your fitness goals, even if you don’t have an Apple Watch,” Apple added.

“Now, using iPhone’s motion sensors, your steps, distance, and third-party workouts will give you an estimate of your calories to help support your daily movement goal.”