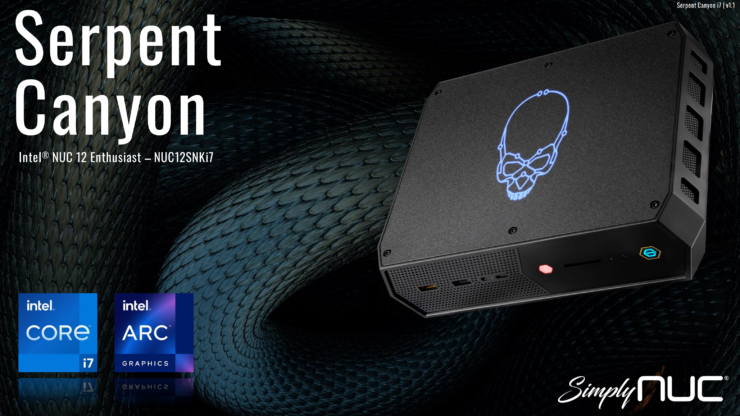 On the GPU side, we are getting closer to an Intel Arc A770M GPU. The Intel Arc 7 line will use the Flagship ACM-G10 GPU and we already know the mobility variants including Arc A770M and Arc A730M. Similarly, the 16GB Arc A770M is one of the high-end variants for mobile PCs that are equipped with the full ACM-G10 configuration, which uses 32 Xe-Core for 4096 ALUs and 32 ray-tracing units. This GPU has a graphics clock of 1650 MHz and a TDP between 120 to 150W. It will replace the NVIDIA GeForce RTX 2060 that was featured in previous SFF NUC designs, so performance will be somewhere in the mainstream compared to the standard desktop lineup.

Discrete 12GB and 8GB variants are also mentioned pointing towards the Arc A730M and Arc A550M. A key difference between the NUC 12 Extreme and the NUC 12 Enthusiast is that the former features full-length discrete graphics cards, while the latter will be equipped with discrete GPUs for the mobile segment.

This specific variant is the top SKU and there will be more flavors as listed below:

The entire system measures 230 x 160 x 60mm and weighs around 2.5 liters in total. With support for multiple displays, optical audio connectivity, and ultra-fast WiFi-6E or 2.5G Ethernet support combined with powerful hardware, the NUC 12 Enthusiast is a new choice for home theater systems or gaming consoles.

Products mentioned in this publication.