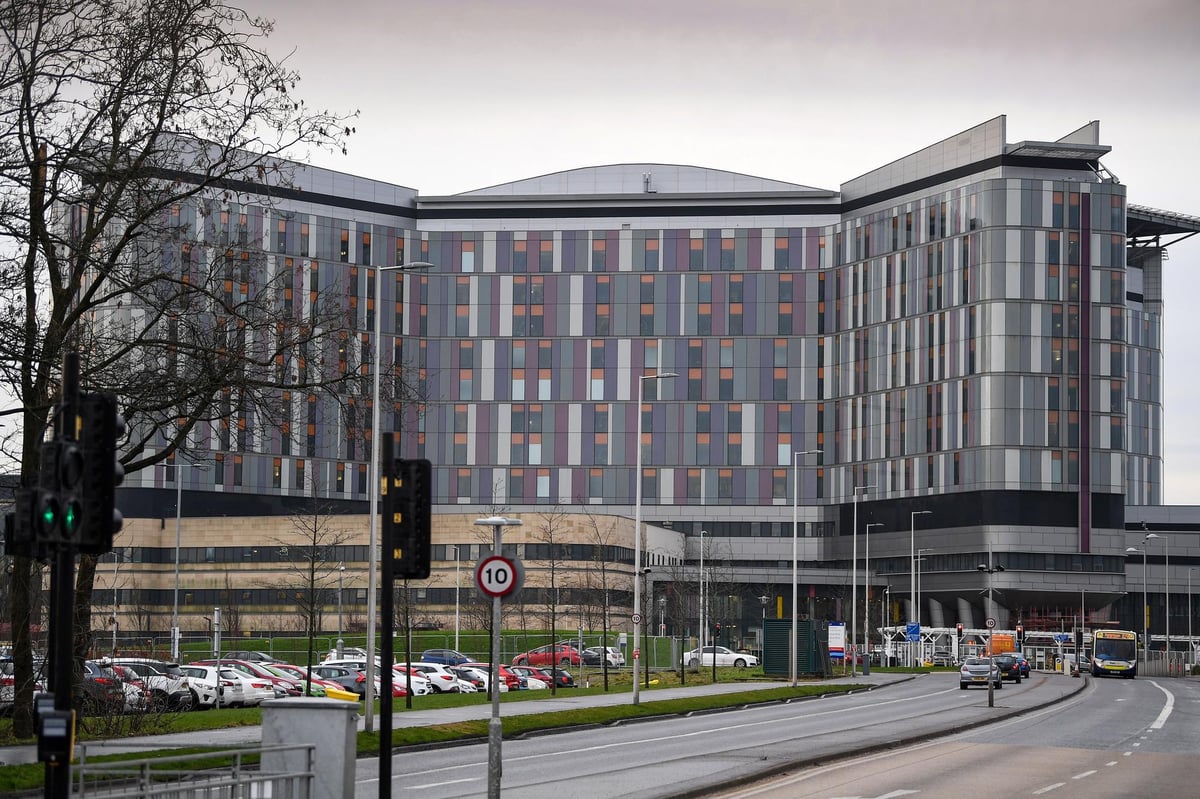 A whistleblower at Glasgow’s Queen Elizabeth University Hospital (QEUH) says up to 2,000 patients a month are lost in the facility’s A&E waiting time statistics, due to the way the Government collects data.

NHS Scotland is experiencing record A&E waiting times, with just under 65 per cent of patients seen within four hours, despite government targets of 95 per cent, and with thousands of patients waiting more than 12 hours for receive treatment.

At NHS Greater Glasgow and Clyde (NHSGGC), the health board that runs QEUH, just over 6,000 A&E patients are seen each week, with 71.3 per cent of those patients seen within four hours.

However, the health council does not include patients who come to its QEUH Acute Assessment Unit (AAU) in its Emergency Department figures, despite the fact that both basically perform the same function.

Patients are typically referred to the AAU for an emergency evaluation after first seeing their GP with their concerns, while A&E patients present themselves. Like A&E, the AAU cares for a wide range of patients with life-threatening ailments including heart attacks, pneumonia, covid, strokes and falls.

The whistleblower, a QEUH medical consultant, said: “If you show up at A&E, they will immediately put you on target for four hours. Whereas in our medical assessment units none of our patients work at all, but that is not the case throughout Scotland.

“If you look at the Western General Infirmary in Edinburgh, which has a medical assessment unit and no A&E department, everyone is working straight away. So there is no logic to this at all.

“If you have pneumonia and you are sitting at home in the community, if you take yourself to the QEUH emergency room, then it is fine, they put you on the watch. Whereas if you find a GP, the GP probably won’t see you anyway, and they’ll send you straight to the hospital and you’ll go in one of the other two doors and you won’t go on the clock.”

The consultant says that the QEUH AAU sees about 500 patients a week and estimates that “about 90 percent of those patients are not seen or treated within four hours.”

“I have seen 13 patients sleeping in the waiting room in a row of carts,” the whistleblower said. “And that’s not a medical area, it’s just a waiting room. It has been extraordinarily bad. There are people sleeping in carts on a regular basis.”

Scottish Labor Party health spokesperson Jackie Baillie said: “This is a shocking example of the SNP’s cover-up and secrecy. It is clear for everyone to see that this SNP government is not complying with its own guidelines and is focused only on making up the figures.

“This is not just an attempt to deceive, it can also mean that patients are treated as lower priority and waiting hours in carts. Once again, the SNP put saving its own reputation before the health and well-being of the people of Scotland.

“The true scale of the humanitarian crisis in our NHS is being deliberately hidden. The staff is demoralized and the patients live in fear. We can’t go on like this. It’s about time this gyro-obsessed, do-nothing secretary of health got his notes.”

The whistleblower said there was “unwritten pressure” for people to be moved from A&E to beds at QEUH, while patients at AAU are left waiting in carts.

“We are not being transparent and honest about this,” the consultant said. “We need to be able to see how big of a problem it is and make sure we prioritize patients who are sick, rather than prioritizing a group of patients coming through the ER door rather than another door in the hospital. .”

According to Public Health Scotland guidance, NHS boards are required to submit data on all attendances for emergency care, whether it is provided in an A&E department, an emergency department, a minor injury unit or the shot area of ​​an evaluation unit.

The revelations come just days after it was reported that there are other statistical discrepancies in the government’s A&E data. NHS Tayside consistently leads mainland Scotland’s health boards in A&E performance, thanks in large part to its implementation of a “continuous flow” policy, which sees patients requiring admission transferred out of A&E as soon as they are ready. , regardless of whether there are beds available in rooms.

“A&E departments continue to experience significant pressure and, like healthcare systems in the UK and around the world, the pandemic is still impacting services. Scotland is the only part of the UK that publishes weekly A&E statistics.

“Recovery will not happen overnight and we are working closely with the boards experiencing the greatest pressures as we enter what will be an extremely challenging winter period.”