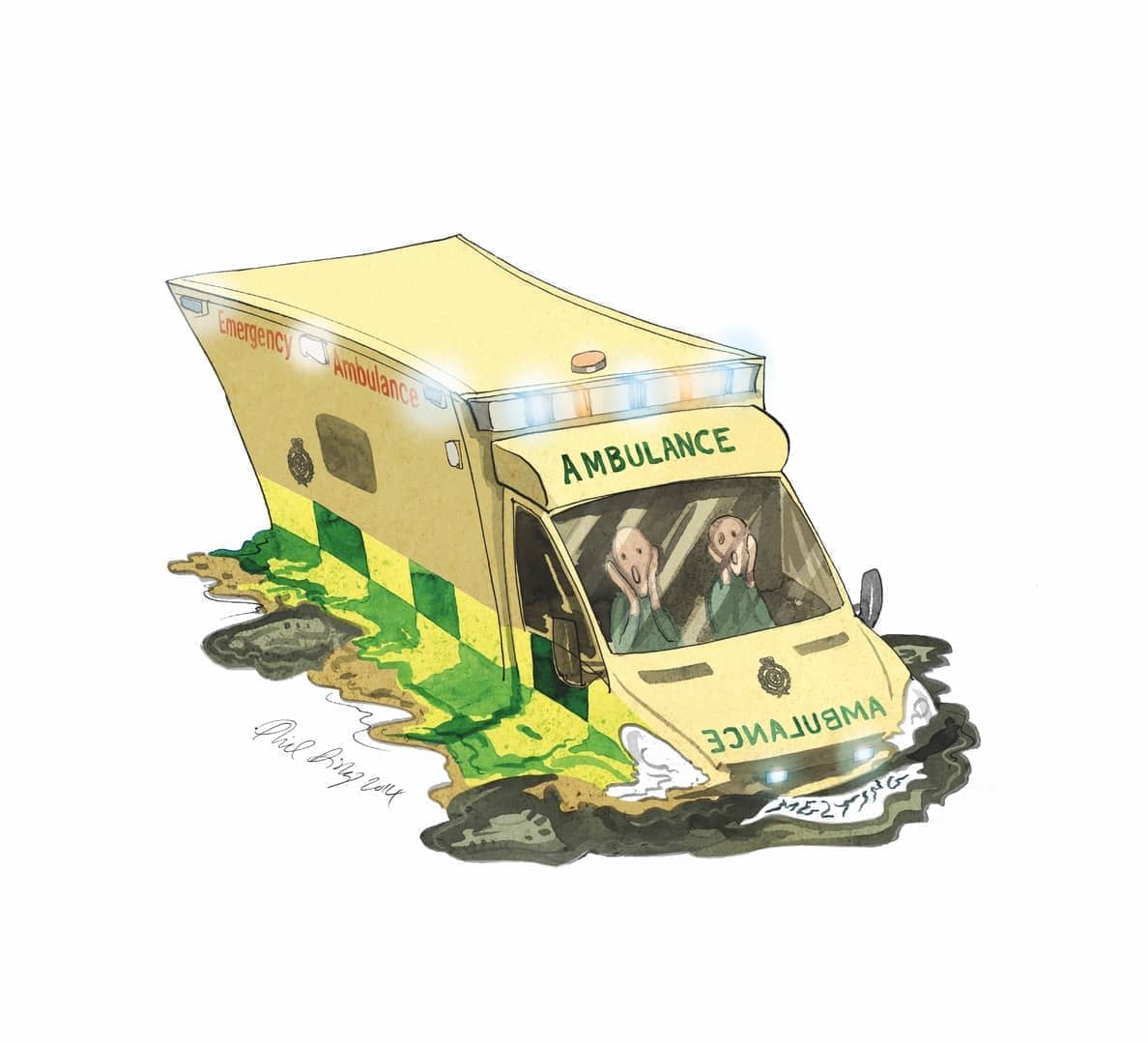 Last month, the number of 12-hour waits at A&E departments in England topped 40,000 for the first time, an increase of 11,000 in one month. Waiting lists for consultant-led treatment have increased by some 70,000 patients, having topped seven million in September. Ambulance response times have also increased by more than an hour on average.

The latest NHS statistics come a week after the ONS figures revealed that, on average, the number of excess deaths is currently higher than during the pandemic. This is due, at least in part, to delays in treatment during the pandemic, delays that show no signs of improving any time soon. Now the Royal College of Nursing has announced plans to go on a national strike for the first time in its history, meaning the NHS is faced with operating at “holiday” staffing levels.

This morning’s NHS monthly statistical release suggests things are about to get worse. This is what it tells us:

Hospital waiting lists in England currently stand at 7.1 million and are likely to get worse: they have already risen by almost 70,000 in a single month. Modeling filtered to The viewer in February suggests that they could reach nine million for the next elections.

2. The number of one-year waits has also increased

The militarization of ‘bullying’

The number of people waiting more than a year for treatment is also skyrocketing: it now exceeds 401,000 patients. These are levels not seen since the lockdown spike last March. The waiting list continues to grow: it is already some 210,000 longer than the worst-case NHS models expected.

The average response time for a Category 2 call to 999 (emergencies like chest pains and strokes) has increased to more than an hour. It is now 13 minutes more than the previous month and well above the 18-minute target.

Some 44,000 patients waited more than 12 hours to be admitted to emergency departments, the highest number ever recorded. This is despite the goal of seeing 95 percent of them show up at A&E within four hours. Last month they only achieved a 69 percent success rate. However, all of this must be seen alongside the news that the NHS experienced its busiest October on record this year, with more than 2.17 million patients turning to emergency departments for treatment.

5. More patients are not being discharged on time

More patients are entering hospitals than leaving: less than half of fit patients were discharged on time last month. More than 13,000 patients spent more time in the hospital than necessary every day; because of this, the equivalent of about one in 10 beds was occupied during the month.

6. Cancer diagnosis goals not met for more than one year

There are separate NHS targets for cancer diagnoses: 75 per cent of patients must have their cancer confirmed or cleared within 28 days. The actual figure is now 67 percent, the lowest level since January. This 28-day cancer diagnosis goal has been missed for the 15th month in a row.

These pressures on the health service are now being felt in the economy as well. Andy Haldane, former chief economist at the Bank of England, said: ‘We are in a situation for the first time, probably since the Industrial Revolution, where health and well-being are in retreat. Having been an accelerator of well-being for the last 200 years, health is now serving as a brake on the increased growth and well-being of our citizens.’

So the number of British workers who are considered long-term ill is also now growing: a record 2.5 million people. This is the highest figure in history. It’s hard to show that there’s a direct link between this figure and the NHS backlog, but it’s hard to imagine that it’s helping. Indeed, cabinet has mooted the idea of ​​putting people on long-term sick leave at the top of NHS waiting lists to try to get the economy moving again.

Helping these people, the 5.3 million Brits without job benefits and the seven million on England’s waiting list, will have to be at the top of Rishi Sunak’s to-do list if he really wants to get Brits out of their sick beds and return to the office. .