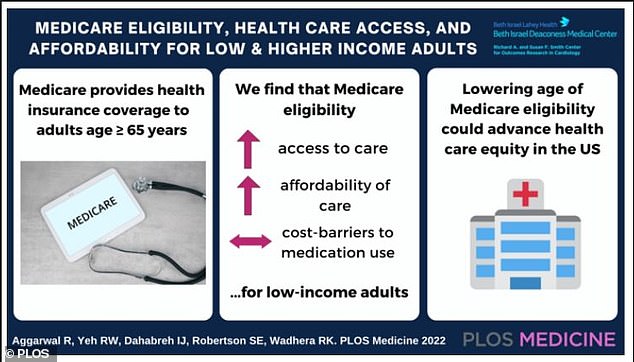 Low-income Americans are about three times more likely to see a doctor if they’re enrolled in Medicare, a study suggests.

The federal health care program for approximately 63 million seniors is effective in removing some of the financial barriers to senior health care that people with private health insurance still face.

People with long-term disabilities and patients with End-Stage Renal Disease are also eligible for Medicare coverage.

But there has been a push on Capitol Hill to expand that eligibility to include people ages 60 to 64.

Advocates of the change argue that it would expand access to critical preventive and lifesaving care to millions more people. Wider access to preventive health care could lower the cost of treating someone with a serious illness, such as cancer, and help reduce health disparities.

The latest study, conducted by doctors at Beth Israel Deaconess Medical Center and Harvard Medical School, looked at 2019 health data from about 7.4 million people. Of that total, approximately 3.7 million were eligible for Medicare.

The researchers behind the study drew data from the 2019 US National Health Interview Survey, a cross-sectional survey of household interviews used to monitor progress toward national health goals and evaluate health policies.

Experts at Harvard University found that the federal Medicare program for seniors could reduce health care costs for millions more if the age of eligibility were lowered from 65 to 60. 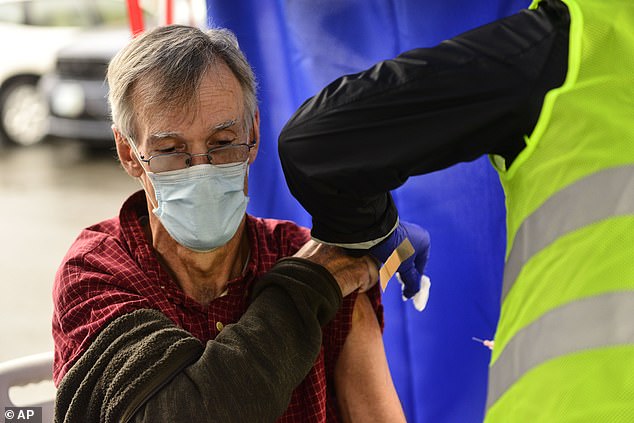 Medicare plans are offered only to people age 65 and older, certain people with long-term disabilities, and people with End-Stage Renal Disease. 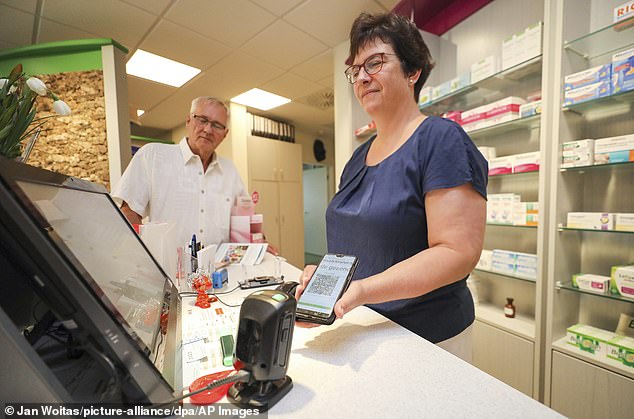 Approximately 48 million are enrolled in Medicare Part D, the prescription drug benefit, which gives them access to more affordable medications.

The study focused primarily on low-income Americans below the age of eligibility for Medicare, who would have a much higher cost burden than people enrolled in the government program.

Meanwhile, 14.7 percent of 64-year-olds who don’t yet qualify for Medicare delayed care and 15.5 percent avoided care altogether due to cost, according to a new report. published in the journal PLOS Medicine.

Dr. Rishi Wadhera, a co-author of the report, said “more than 40 percent of American adults under the age of 65 are uninsured or underinsured.”

Dr. Wadhera added: “Most Americans only become eligible for Medicare insurance coverage at age 65, and our findings suggest that this transition is associated with significant improvements in health care access, affordability and reducing financial stress for low-income adults, and to a lesser extent, among higher-income adults.’

The report comes amid growing pressure from the left in the federal government to lower the age of eligibility from 65 to 60.

Expanding eligibility would offer crucial help to adults who choose to retire before age 65, or those who drop their employer’s insurance plans.

The measure would apply to approximately 12 million adults ages 60 to 64 who are currently enrolled in their employer-sponsored health care plans.

But about 9 million of them are expected to keep their private health insurance and purchase Medicare Part A as supplemental insurance. according to to the Urban Institute.

A cadre of progressive lawmakers, including Washington Rep. Pramila Jayapal and Vermont independent Sen. Bernie Sanders, who is meeting with Democrats, have been pushing for change for more than a year.

from Rep. Jayapal legislation to lower the eligibility age has broad support in his party with 136 co-sponsors. But the bill has been stalled in committee for more than a year.

And with Republicans slated to regain control of at least one house of Congress, the prospect of lowering the eligibility age looks increasingly dim.

President Joe Biden himself promised in April 2020 that he would work to make Americans up to 60 years old eligible to buy Medicare, although it never materialized.

Reduce the age of Medicare by the numbers

The Congressional Budget Office estimates that reducing eligibility would increase deficits by $155 billion over the six years between 2026 and 2031.

The net increase in federal spending would be $44.6 billion

Opponents of the proposal argue that it would hasten the financial demise of the federal program and cause federal deficits to skyrocket.

The nonpartisan Congressional Budget Office estimated that lowering the age of eligibility to 60 would have only marginal benefits.

The agency estimated that the policy would increase deficits by $155 billion over the six years between 2026 and 2031, while reducing the number of uninsured by only about 403,000.

The move to expand eligibility could have adverse consequences. Many low-income people under 65 already receive Obamacare subsidies that keep their health insurance premiums lower, so switching them to Medicare could mean higher premiums and higher out-of-pocket costs.