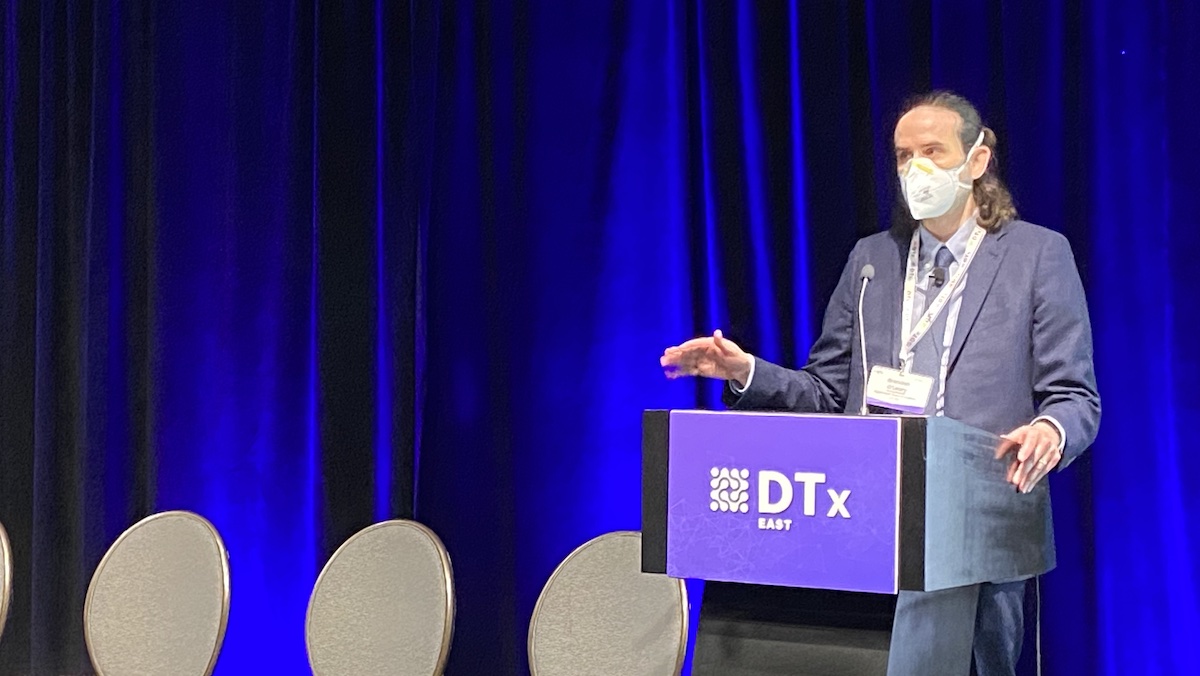 The Center for Devices and Radiological Health (CDRH) of the US FDA. a group of new digital health guides and reports today and yesterday, providing long-awaited clarity and a glimpse into the agency’s future plans.

The momentum started yesterday with the 31 page key findings report of the pilot of the FDA Precertification Program. The nine company pilot released in 2017 and is designed to explore a new approach to regulating digital health, based on the certification of companies and their internal processes, rather than individual devices and applications.

Brendan O’Leary, acting director of the FDA Digital Health Center of Excellence, spoke at DtX East in Boston this morning about the various updates.

“What we saw from the Pre-Cert pilot is that companies that invest in infrastructure around continuous integration and continuous deployment aren’t just more resilient to change in terms of the updates they push. […] but they can also fix problems faster when they do occur,” O’Leary said.

Overall, the report’s findings were positive in terms of the potential of the model, which is designed to address the difficulty of regulating continuously updated software products using existing FDA frameworks. However, the FDA also found that it currently lacks the legal authority to take the project beyond the pilot stage.

“What we found is that to move forward with an approach like we think is necessary, quite frankly, it’s going to take some legislation,” O’Leary said. “It may not require much, but it will require something. And that is something that we continue to investigate and that we are going to explore for you.”

One area where clarity from the FDA has been most expected is around clinical decision support software, which the FDA regulates as a medical device, but not in all cases.

A new final guidance document released today updates a 2019 draft guidance and clarifies categories of clinical decision support software that would not be regulated by the FDA as a medical device.

“I think that in many cases with digital therapies, you also have a recommendation to go with them, [with regards] What patients is this going to work well for?” O’Leary said. “This is a guidance document that will help you understand if that recommendation engine is really a diagnostic device or something that is not regulated by the FDA.”

The guidance lays out a four-step test for device status exemption: an excluded software must (1) not be intended to process or analyze medical images or medical device data; (2) be intended to display or discuss medical information about a patient; (3) provide recommendations on the prevention, diagnosis, or treatment of a disease or condition; and (4) be intended to be used in conjunction with independent review by a health care provider, who is not primarily reliant on the health care provider for treatment decisions.

The agency also removed a number of guidelines on radiology and medical device data systems, but the most relevant of the remaining guidelines for digital health was the new update to the Policy for Software Features of Mobile Medical Devices and Applicationsthat the FDA establishes use of enforcement discretion for software as a medical device (SaMD) and mobile medical applications.

This is an update to guidance originally published in 2015 and substantially updated in 2019 and, at least at first glance, does not appear to represent any substantive change in FDA thinking. But the FDA also released a new tool to help developers understand the guidelines: the Digital Health Policy Navigator.

In his presentation at DtX East, O’Leary discussed several digital therapies the agency recently approved and hinted that the FDA may be working on a guidance document for virtual reality and augmented reality therapies.

“We had our patient engagement advisory committee meet to talk a little bit about AR and VR technology, in particular, both in the context of […] the operating room, but also to administer therapy,” he said. “And this was something that we learned a lot from, and we look forward to building on that interaction. But keep an eye on that space because this is an example of a new technology that we’re excited about.”