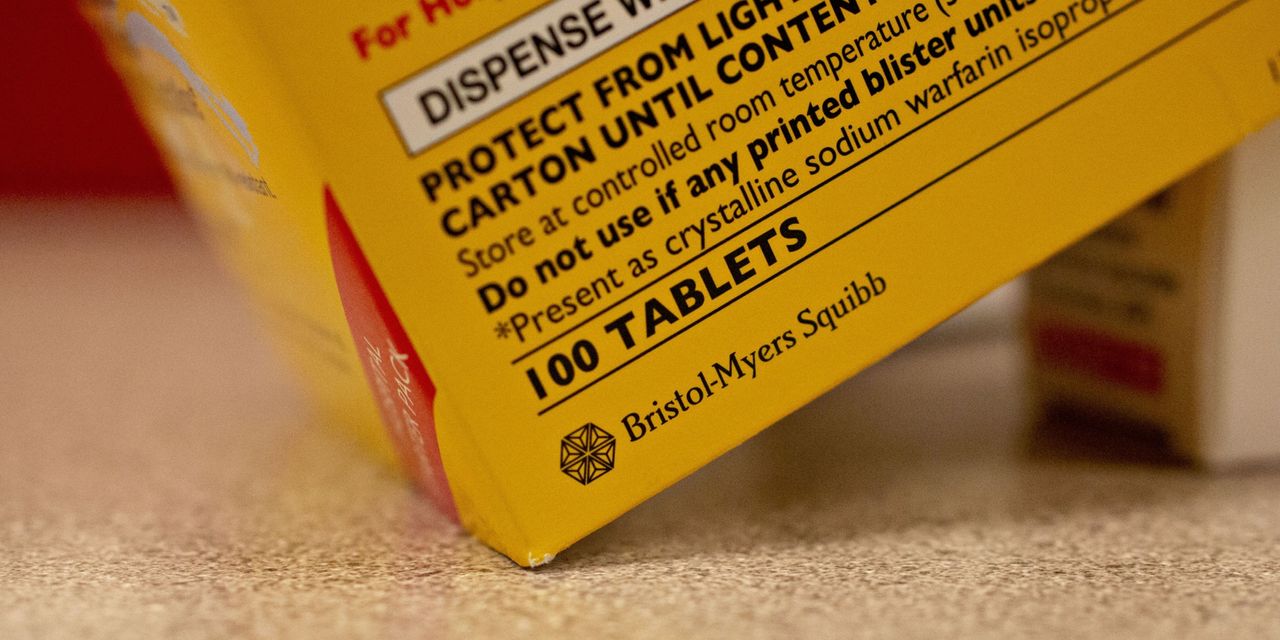 
Monday brought a seismic rearrangement in the competition among biopharmaceutical firms to sell high-priced psoriasis treatments, a category that has been a reliable source of blockbuster drugs for the sector.

(ticker: BMY) Announced that the Food and Drug Administration had approved its oral treatment for plaque psoriasis deucravacitinib, to be marketed under the name Sotyktu. More surprising than the approval was the FDA’s decision not to require a so-called “black box warning” on a drug label, which the agency uses when a drug carries significant safety risks.

Sotyktu works by inhibiting a protein called tyrosine kinase 2; it is the first TYK2 inhibitor to receive FDA approval. Investors were concerned that similarities between TYK2 inhibitors and another class of drugs, known as Janus kinase inhibitors, which have been the subject of Important FDA Safety Concernswould lead the agency to put a black box in Sotyktu.

“This is a cleaner label than the consensus expected,”

That’s great news for Bristol, and also for several smaller biotechs working on similar TYK2 inhibitors. this is bad news for

(AMGN), which sells another oral psoriasis treatment called Otezla, which Sotyktu overcome in a face-to-face trial.

A black box warning on Sotyktu would have helped

preserve Otezla’s market share, which bought for $13.4 billion in 2019 after the Federal Trade Commission required Bristol to sell the drug as part of Bristol’s acquisition of Celgene.

Shares of Bristol rose about 6% early Monday, while shares of

(VTYX), a smaller biotech developing a TKY2 inhibitor called VTX958, was up 60% on Monday.

In a note on Sunday, Stifel analyst Alex Thompson wrote that Sotyktu’s approval without a black box label “represents almost the best case for the next-gen TYK2 space.” In addition to Ventyx, several private biotechs are also developing TYK2 inhibitors.

While Sotyktu’s label doesn’t include a so-called black box, it does mention the risk that TYK2 inhibitors can cause some of the same serious reactions as JAK inhibitors. “It is not known whether TYK2 inhibition may be associated with the observed or potential adverse reactions of JAK inhibition,” the label says, noting that higher rates of death are seen in patients treated with a JAK inhibitor.

Psoriasis is a chronic disease that affects 7.5 million people in the US.

chief medical officer Samit Hirawat said in a statement. “Sotyktu is a breakthrough in the treatment of patients with this condition and we are excited about its potential in other immune-mediated diseases.”