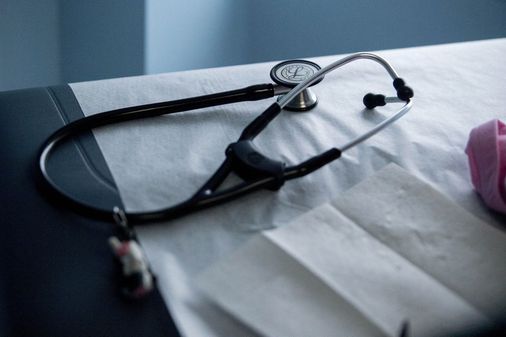 Premium increases will be felt by people who buy insurance on the connector’s website or directly through a provider. Those who earn less than 300 percent of the federal poverty level ($40,770 for an individual or $83,250 for a family of four) qualify for ConnectorCare, which offers subsidized health insurance coverage for 140,000 people in the state. For ConnectorCare members, the lowest cost plans will increase by $3 per month or less in 2023.

Some residents with lower incomes qualify for MassHealth, which provides very low-cost health insurance to more than 2 million people.

The premium increases, approved by the Division of Insurance in August and reviewed by the Health Connector Board on September 8, range from 5.5 percent at Tufts Health Plan-Direct (which has the most members in the connector) to 11.9 percent at Health New England. The increases will be higher for seniors, as insurers can raise rates each year after a person’s 25th birthday.

In one example, a silver plan, often described as a mid-tier health insurance plan, will cost between $449.09 and $674.73 per month for an individual in 2023, with open enrollment starting in November.

Those costs are just the baseline, and many plans have thousands of dollar deductibles that members must pay before health insurance kicks in, as well as copays and other cost sharing.

The latest premium increases come on top of a series of increases in recent years. From 2015 to 2021, lower-cost premiums in the connector increased between 31% and 74%, depending on the particular region of the state, according to a report issued last year by the Health Connector. The steepest increases were in counties including Nantucket and Cape Cod; the smallest increases were in Region 2, which includes Essex, Middlesex and Worcester counties.

The increases were reviewed by the Board of Health Connectors on the same day Blue Cross Blue Shield of Massachusetts released a survey showing Massachusetts residents say their top health concern is not the COVID-19 pandemic or the quality of care they receive, but the cost of medical care in the state.

In addition, the Health Information and Analysis Centers reported that 41 percent of Massachusetts residents respondents from July to December 2021 said they had trouble paying for health care. The challenges were even more pronounced for Black and Hispanic families, 50.8 and 54.9 percent of whom reported affordability issues, respectively.

While many people receive health insurance through their employers, some employees, part-timers, and self-employed people purchase insurance for themselves and their families at the connector; others buy plans directly through insurers.

Tax credits are available to some subscribers to help offset rate increases. Approximately 34,000 people who currently purchase health insurance on the connector qualify for the credits.

Credits are based on factors including income, place of residence and age. A 60-year-old Boston resident earning $55,000 a year, for example, could receive $302 a month to offset health insurance costs. If that same person lived in Edgartown, she would receive $707 a month. The federal government’s American Rescue Plan provided additional tax credits in 2021 and 2022, and those enhanced tax credits will remain in place for another three years.

While enhanced tax credits have made health care premiums more affordable, Frigand said deductibles and other cost-sharing expenses continue to put health care out of reach for many.

Ann Marie McGovern-Theriault said she finally switched to a high-deductible connector plan last year because her previous plan’s premium was too high. But the specialists she saw for skin cancer on her face and a tumor behind her eye cost her $175 for each visit, and she struggled to pay the copays.

“They are talking about the cost of my heat and electricity. I have to say, and I’m embarrassed, at the end of the summer I had to collect the purchase [to my credit card],” she said. “I didn’t have any food in my fridge. It hurts a little.

When asked about the increases, the state’s two largest insurers, Blue Cross Blue Shield of Massachusetts and Point32Health, said much of the increase was due to higher provider reimbursements and pharmacy costs.

“Some of the requests for increase [from providers] that’s three, four, five times what we’ve seen traditionally, well into double digits,” said Michael Guerriere, chief actuary for Blue Cross Blue Shield of Massachusetts. “It reflects a commitment and we maintain the line, but also. . . [the] inflationary and post-pandemic environment in which we find ourselves.”

Matt Day, senior advisor for provider strategy at Blue Cross Blue Shield of Massachusetts, acknowledged that premium increases were affecting plans in and out of the connector and said insurers, providers and the government need to work together on a solution. .

“Just like we did with coverage reform, payment reform, we need to come together on this affordability crisis,” he said.