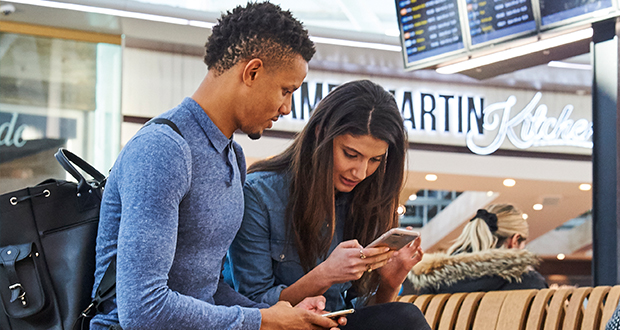 As travel retail emerges from the trials of recent years, change has become a key focus for all stakeholders in this global market. Seismic shifts in buyer demands and behaviour, coupled with shifting demographics and a shifting geopolitical landscape have meant that innovation in its many forms has become a key requirement as companies search for new answers to this new normal.

That’s not a bad thing and looking around the industry there is evidence that this quest for novelty is already bearing impressive fruit. An example of this is Gebr Heinemann Y haughtiness‘s GATEZERO, which has grown from a pop-up store at Zurich airport to a permanent store in Copenhagen and a planned global launch. The new personalized and destination-focused offering appearing in the cruise industry, or the nascent efforts of companies in the metaverse also speak to practical examples of a quest for novelty.

But there is more to being disruptive than saying you are a disruptor. As with all things, the term risks losing all meaning as it is implemented as a buzzword attached to any new project looking to gain ground in this global market. Conversations during the pandemic focused on new store designs, innovative approaches to the space, and plans for amazing collaboration and data sharing. The reality has been calmer, despite claims of continued disruption.

A problem similar to that faced by “sustainability”. Before the pandemic, and again in the immediate aftermath, some brands across the retail spectrum were claiming leadership roles in the field of sustainability based on taking steps as small as putting recycled cardboard in their packaging. That trend didn’t last long as shoppers began switching from brands they thought were “greenwashing.”

There is more to being disruptive than saying you are a disruptor and, as with all things, the term risks losing all meaning.

But what about those who claim to be disruptive with little more to show than an LED screen or some new labels? The pace of evolution in the travel retail industry is so fast today that it’s hard to be truly disruptive. Often the brands and companies that really make an impact are the ones trying to do something new, not the ones looking to prove they are innovative.

Genuine innovation and novelty have never been more important in travel retail than they are today, as young connected shoppers find themselves alongside their older counterparts who continue to dominate spending. According to figures from mindset, product differentiation is one of the top five drivers (16%) for middle-aged shoppers, who make up about half of the market. Additionally, GenZ shoppers, whose market share is growing rapidly, also cite finding products not available domestically as a top reason for shopping in travel retail (17%).

Meeting the demands of all these consumers, while addressing the looming opportunities of the metaverse and growing digital engagement, requires genuine innovation; less talking about being disruptive and more doing it.