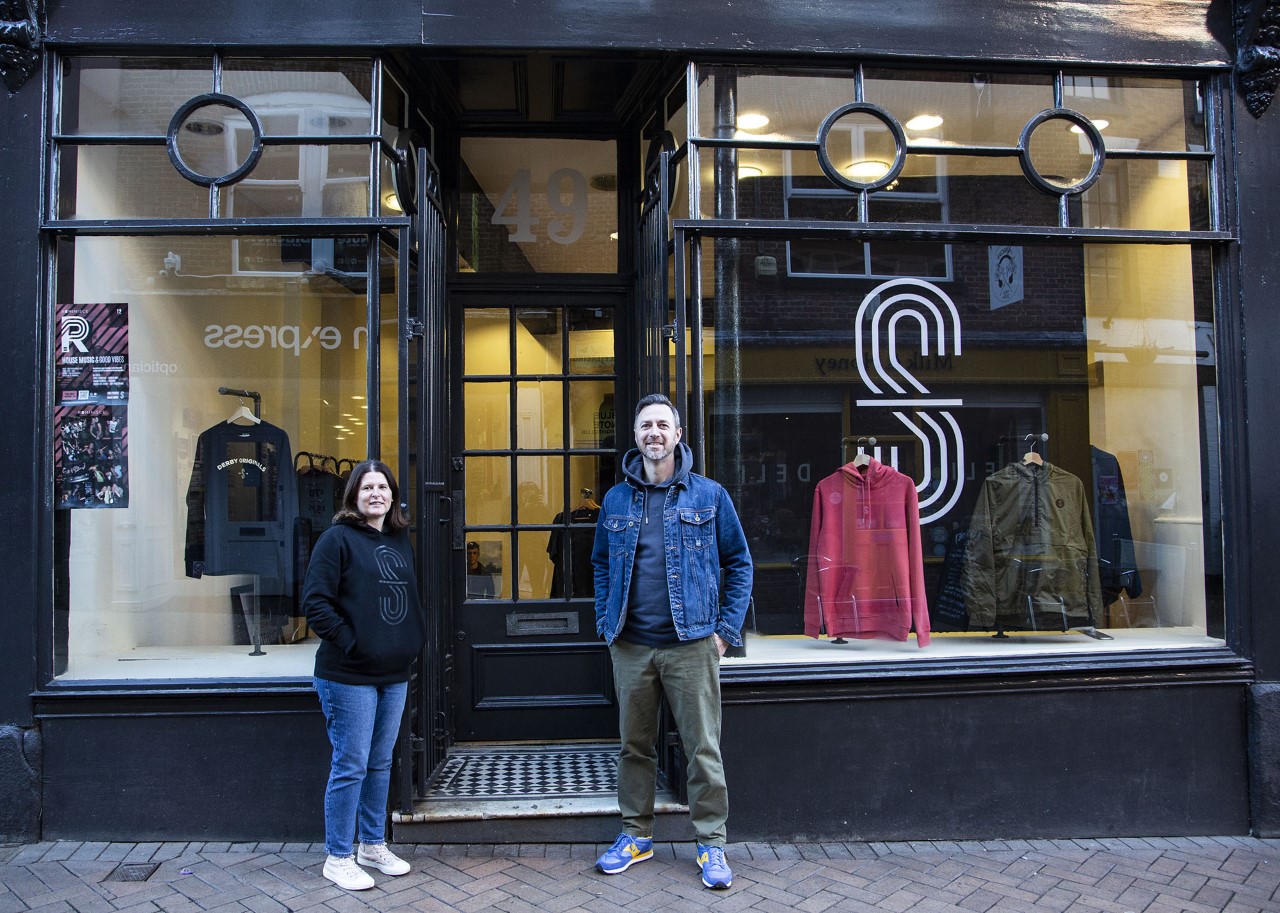 Karl Shaw, CEO of Mr Shaw, said: “We want to bring Sadler Gate back to life. As a Derby heritage brand, we have the city deeply ingrained in our DNA. In addition to opening our retail store at 49, where we will sell Mr Shaw clothing, we will use the space to create an upper-floor creative hub, craft beer and coffee bar, pop-up space and promote our ‘Reminisce’ music, designed to celebrate Derby’s 90’s music culture”.

It is no secret that the Cathedral Quarter has been affected by various economic factors affecting affluence and commerce in recent years. However, there remains a resilient hunger from local entrepreneurs who are committed to returning culture-rich shopping streets like Sadler Gate to their former glory.

The local property company, Clowes Developments, owns a number of properties in and around Derby City Centre. While most of its units are fully occupied, its team has been looking for suitable occupants for its vacant retail units on Sadler Gate, The Strand and St James’ Street to help regenerate this historic part of town, breathing new life into the city. center.

Sadler Gate and its surrounding streets, including Iron Gate, The Strand and The Strand Arcade, are collectively known as the “Cathedral Quarter”. Historically, this part of town has been home to high-end, independent, luxury shops with a diverse culture.

Since the 1970s there have been some legendary shops that have paved the way for high-end commerce within Derby. The likes of Napoleons and Josephine’s which later became His and Hers, Ziggies, Seargent’s Barbers, RE Cords, Roomes Fish Mongers, Potts Shoemakers, Interior Options, The Eye Gallery, Big Blue Coffee House, Limeys, Scenario, Ethos, the Forum , Mark Scott Barbers… this list goes on. All of these names played a huge role in shaping the history and reputation of Sadler Gate. The stories created on this street still linger in the conversations of its patrons and will continue to do so for years to come.

Unfortunately, many of those names have since closed their doors, but some continue to flourish and evolve with the trials and tribulations of retail. Canopy, established in 1992, has been a resident of Sadler Gate for many years. Thirty years later, the family business continues to meet its challenges with creative optimism to turn a challenge into an opportunity while maintaining its core values ​​of great product and excellent customer service. Brigden’s has also stood the test of time and stayed true to its Cathedral Quarter roots. In recent years, Brigden’s has expanded its offerings to include a new dedicated countrywear store, which carries high-end lifestyle brands including Fairfax & Favor, Le Chameau and Holland Cooper. Importantly, there are many other businesses that thrive along and around this historic street.

Retail isn’t the only reason Sadler Gate stocks such nostalgic memories for its customers. The 1990s and 2000s were fantastic times for Sadler Gate nightlife. Some of those hot spots still offer nightly entertainment years later. Vines, The Old Bell, which has recently been renovated, and The Blue Note are still going strong, keeping the true spirit and prestige of Sadler Gate alive.

Karl and his wife, Emma, ​​know the importance and history of this part of Derby city centre. They are keen to support the revival of Derby’s iconic Sadler Gate by fostering collaboration between neighboring squatters and organizing events to encourage people to return to the old streets of Derby.

“When I started out, Mr. Shaw was a great way to keep my creative juices flowing; free of trade and customer restrictions. He had often thought of developing a clothing brand as fashion is a great love of mine and I can’t deny the buzz of knowing that someone would wear my brand…a living, breathing identity. I am excited to combine this with my passion for Derby by opening the Mr Shaw House and combining our love of fashion, music, creativity, craft beer and coffee all in one place!”

Kevin McFarlane, Associate Director of Clowes Developments, commented on the deal: “As owners of a number of commercial properties within Derby city centre, Clowes recognizes their responsibility to help regenerate the city.

“We have been working with the Council and investing in parties like Marketing Derby over the past year to provide upgraded premises for new businesses and continue to improve the aesthetics of some of our more worn looking properties. Our goal is to encourage occupants and promote greater affluence in the area.

“We are delighted to welcome Karl Shaw to one of our Sadler Gate properties. Our vision and aspirations for Derby are aligned and we wish him all the best on his journey.”