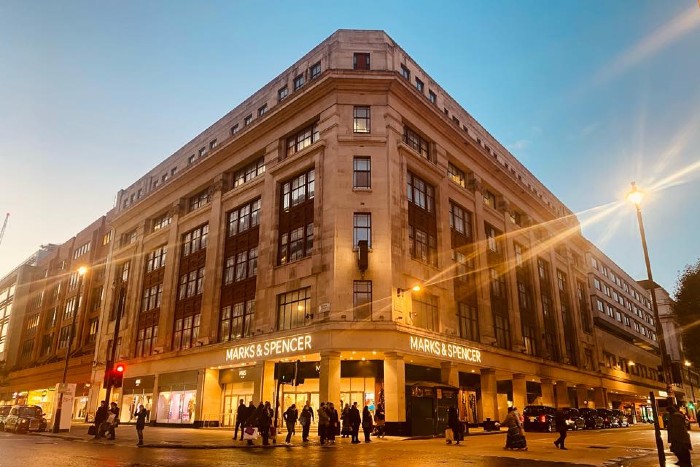 // SAVE campaigners have demanded that M&S ​​retract claims that the group has accepted the retailer’s sustainability claims about its plan to demolish and rebuild its Marble Arch flagship store.

// SAVE president Eric Reynolds wrote to M&S president Archie Norman to demand a retraction and an apology.

SAVE, the group that took on M&S in a public inquiry arguing against the demolition of its flagship Marble Arch over the past two weeks, has said that M&S ​​has made “misleading and inaccurate” claims about its position and demanded its immediate retraction.

the activists have sent a legal letter to the president of M&S, Archie Norman, demanding that he retract what he calls “a series of false claims” made to the media last week.

SAVE said the statement wrongly suggested that SAVE had accepted M&S’s positions on a number of issues, including the retailer’s review of the scheme’s sustainability.

He said the “highly irresponsible statements” could cause serious damage to his reputation and also apologized.

Sturgis was SAVE’s expert witness on embodied carbon and sustainability.

See the full letter from SAVE to Archie Norman here

M&S said on Friday that SAVE had accepted M&S’s sustainability analysis in the public consultation, which the retailer said was “a significant move on their part”.

However, SAVE said that although its lifestyle carbon witness agreed to a “joint position statement” with the M&S expert, this did not amount to an acceptance of M&S’s analysis of the scheme’s long-term sustainability benefits.

It noted that “a significant amount remained in dispute” and said it was “materially inaccurate” to say that SAVE had accepted M&S’s analysis.

SAVE reiterated its position that “the analysis of the alleged benefits of the scheme, as presented by M&S, is neither reliable nor realistic, and that no weight can be given to M&S’s claim that the scheme would enjoy a carbon rebate. against a renewal alternative”. .

SAVE also said that M&S ​​was wrong in stating that no sustainability witnesses were called. He explained that instead it was agreed that the carbon experts would come up with a joint position statement.

He also noted that Sturgis, whom M&S had referred to as SAVE’s ‘leading architectural expert’, was a sustainability expert at trial.

SAVE also disputed M&S’s assertion that Sturgis accepted that “significant demolition” was required. SAVE claims that Sturgis said “approximately a quarter” of the floor plate would need to be removed.

SAVE President Eric Reynolds said that M&S ​​”misrepresenting SAVE’s position is likely to cause serious harm to the organization” and urged M&S to remove the “defamatory statements” if it does not want further action taken.