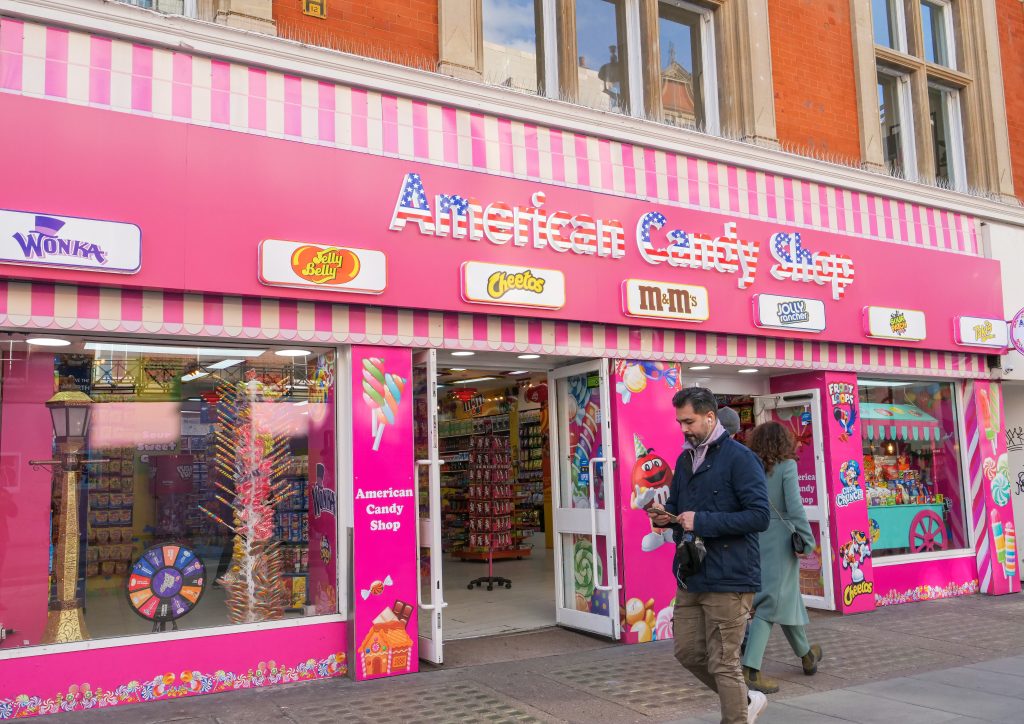 The council believes some of the properties are “used to avoid business fee bills and possibly committing other crimes,” including the sale of counterfeit and unsafe products, but did not name any of the suspected businesses.

There has been a growing problem of candy and souvenir shops on Oxford Street and in the surrounding West End area, the council said. This follows a rise in vacant units on Oxford Street, which accounted for 17% of all properties, according to a survey by Draper’s sister title, property weekfound last year.

Westminster City Council said it understands that these shops are “far from being regular, legitimate businesses, with very few serving enough customers to be commercially viable. Instead, we believe these properties are used to avoid business fee bills and possibly commit other crimes.”

He said many of these candy stores often have complex chains of leases, sublease and licenses in place, and the actual occupant “is usually very questionable.”

Fashion retailers have welcomed the news that the situation is under investigation.

“We were delighted to hear that Westminster City Council was doing something about it,” the CEO of a fashion brand told Drapers. “They will have the support of all the retailers in and around Oxford Street because we are equally keen to see this resolved.

“[Oxford Street] it is one of the most important shopping streets in the world and it is shocking that we have allowed it to become a large sweet shop.

“We have to find a better solution than getting the lowest common denominator to fill the space, so that the landlord does not incur the liability for the fee. We cannot allow landlords to sublease to questionable tenants.”

Gareth Eighteen, Chairman of the Oxford Street Management Group, an advisory board established by the New West End Company (NWEC) to provide guidance and feedback on operational and marketing initiatives, agreed: “Our members at Oxford Street are delighted that the City Council of Westminster is finally cracking down on the rogue sweet shops that have blighted Oxford Street for several years.

“However, the government must do more to reform our commercial rates and support the more than 300 landlords on Oxford Street, avoiding the temptation to lease property to these unsavory sweet shop operators.”

John Webber, head of commercial rates at real estate firm Colliers, said: “Landlords have been forced to [exit] because of the high business rate tax on vacant properties,” he said, “if the business rate burden wasn’t as high as it was, then they probably have a much bigger and broader market to be able to rent their stores. ”

“It is time for the government to do something about this burden of fees. The next revaluation [of properties for business rates] it expires in 2023 and the government should significantly reduce the assessable values ​​on Oxford Street and also remove the downward transition in fare bills.”

“I have sympathy for all homeowners looking to mitigate their fees. If you don’t have a lot of trading in your unit, you’re not really using any facility,” he said.

“When there is poor law making, there will be people trying to find a loophole. I think what needs to happen is commercial rates need to be reformed, not the real estate market.”

High merchant rates have been cited as one of the main reasons for store failures and the industry has been asking a tax system that does not penalize high street retailers.

Salt also questioned the due diligence process that landlords are taking before renting out their properties.

Meanwhile, another property expert said the rapid expansion of these Oxford Street shops is partly due to “fractured ownership”.

“There are multiple owners on Oxford Street and it is unrealistic to expect competing owners to care about the overall picture of the street,” he explained.

“It is unfortunate that there are so many [candy shops] in the streets, but the market will decide if there are too many”.

A spokesman for Kingdom of Sweets, which has a store on Oxford Street, five branches in London and at least 15 stores in the UK, said: “We are a reputable company that pays all relevant business taxes and duties. Rival stores opening and then closing without paying trading fees has had a detrimental impact on our trade in an extremely difficult environment.

“We support plans to clamp down on this practice and will continue to work with Westminster Council, who did not visit our premises this week.”