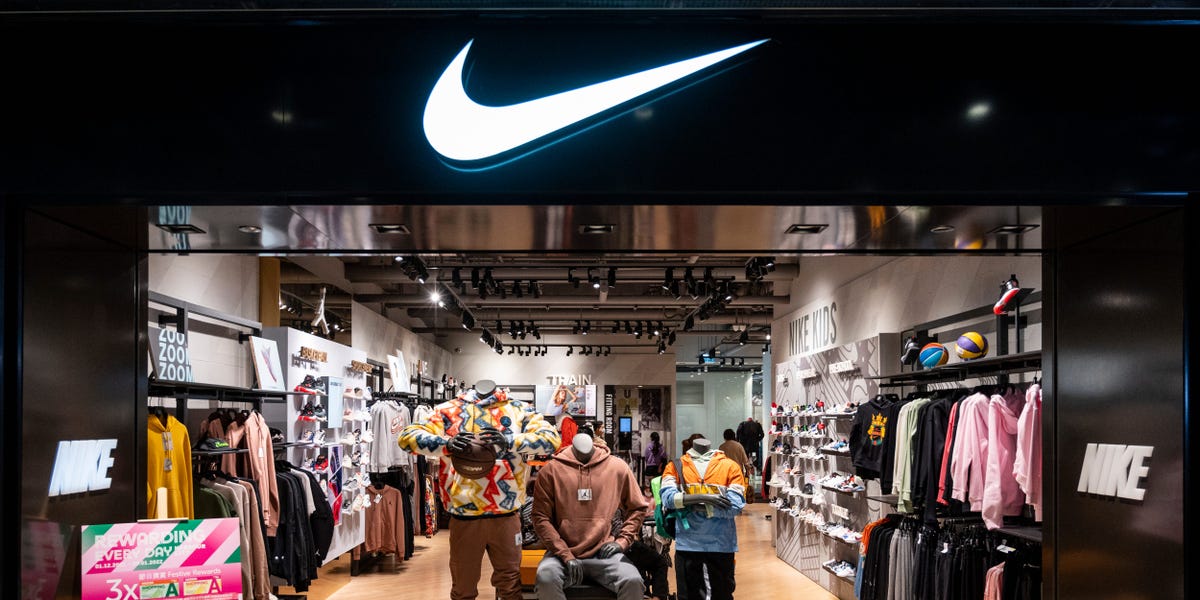 Amazon has gotten consumers used to two-day delivery. Nike would like to catch up.

While Nike has been characteristically tight-lipped about the details, Nike executives are increasingly using the term “connected inventory” as an umbrella term for online and offline sales and to bring together all of Nike’s sales channels, including its stores and apps, as well as those of its retail partners.

The company’s connected inventory plan also plays into Nike’s larger shift toward more regional shipping, including outside of Nike’s broader fleet of stores and warehouses.

Analysts said the plan was a response to consumer demand for faster shipping, and some big box stores, notably Target, Walmart and Dick’s, are already known for shipping directly from stores. The largest connected inventory plan is the latest example of the pressure Amazon has put on companies, including one of the world’s largest, to compete on speed of delivery.

“Everyone has gotten used to Amazon,” said Brian Yarbrough, senior research analyst at Edward Jones. “Most retailers are trying to get it down to two or three days. Amazon created this. Amazon does it same day now. Amazon has conditioned consumers to have much higher expectations for fast shipping times.”

Nike did not respond to a request for comment for this story.

While the plan may get products to consumers faster, it also gives Nike and Dick’s more data.

“It’s about getting to know you better and communicating with you and getting you product when and where you want it,” said Sam Poser, equity analyst at Williams Trading. “It’s more about connection than inventory.”

At the company’s annual meeting last week, Donahoe spoke again about Nike’s connected inventory efforts, adding that all of the company’s stores in North America offer at least one online service.

The phrase first surfaced on October 25, 2017, when Wall Street analysts and financial journalists gathered at Nike’s 500-acre suburban campus in Beaverton, Oregon, for an investor day. During his remarks, Elliott Hill, then president of geographies and integrated market, introduced the term.

Hill described the work as an effort to unite all of Nike’s physical and digital shopping channels, including with its retail partners.

The term did not find its way into news accounts about the daylikely due to Hill’s comment two minutes earlier that Nike would ditch 30,000 retail partners to focus on “around 40 partners” as part of a new direct-to-consumer approach.

about that time, Nike also started selling directly on Amazon. (It’s got their products from amazon in 2019.)

Nike has since closed about 50% of its wholesale accounts, but its executives have suggested that the remaining retail partners could play a role in its connected inventory.

Then-CEO Mark Parker returned to the phrase on a December 2018 earnings call, saying the strategy would help the company achieve its goal of getting products to customers twice as fast as historically.

“By doubling down on speed, we are elevating the industry, creating an end-to-end value chain that is consumer-centric,” Parker said.

At the time, Parker said he was bullish on connected inventory, with a pilot in 19 Nike stores in South Korea and two unnamed retail partners.

In November, Nike announced an enhanced partnership with Dick’s through which Nike and Dick’s would share information about members.

As part of that, the companies said they have agreed to “work together across their respective physical and digital properties to deliver greater convenience, new experiences and content for customers and better anticipate and meet their evolving needs.”

In 2018, the sportswear company opened its first Nike Live store. Nike uses local data collected from its apps and website to supply Live stores with locally relevant products. The Los Angeles store, for example, had plenty of Nike Cortez sneakers, a model popular in Southern California. The Live concept has been a success and is now spreading to more cities.

While the majority of Nike stores are in major metropolitan areas, stores are increasingly popping up in second-tier cities. A Live store will open in a Salt Lake City suburb later this month, according to a LinkedIn post from a Nike manager. And two Nike Lives stores are on the way in Kentucky, including stores in lexington Y louisvilleaccording to news and permissions obtained by Insider.

Nike has $399 million in construction underway, according to its most recent annual report, a 28% increase from fiscal 2021. Job openings at Nike include a specialist for real estate business development and one for real estate market development.

Today, Nike has 257 stores in the US, according to its most recent annual report. But most of them, 209, are outlet or “factory” stores. Only 48 are Nike stores. (The company also operates 87 Converse stores.)

“Stores are an important component, but ultimately it comes down to being able to accurately deploy inventory closer to demand,” said Nate Skiver, founder of LPF Spend Management. “That sounds obvious, but that’s what it’s really about.”

In its previous earnings report, Nike noted a 44% increase in North American inventory. The company, like its competitors, continues to address supply chain issues caused by the pandemic.

The new stores are traditional and full-priced, and many will include new high-tech shopping features, which fit nicely into Nike’s strategy, said Simeon Siegel, managing director of equity research at BMO Capital Markets.

“It’s important to remember that stores are part of direct sales,” Siegel said. “If the only reason to pivot is to raise the brand and pricing power, stores need to fully price and raise the brand.”

“Five years ago, retailers shipped from a distribution center and the product could have been in a store 5 miles from your home,” said Yarbrough, an analyst at Edward Jones. “Connected inventory is about getting it to you faster. If you go to Dick’s, and Dick’s doesn’t have it, and they have it at the Nike store, they ship it to your house. They hope that will prevent the consumer from walking away from the product or the brand”.

Do you work at Nike or do you have ideas to share? Contact reporter Matthew Kish via the Signal encrypted messaging app (+1-971-319-3830) or email ([email protected]). Check out the Insider source guide for other tips on how to share information securely.