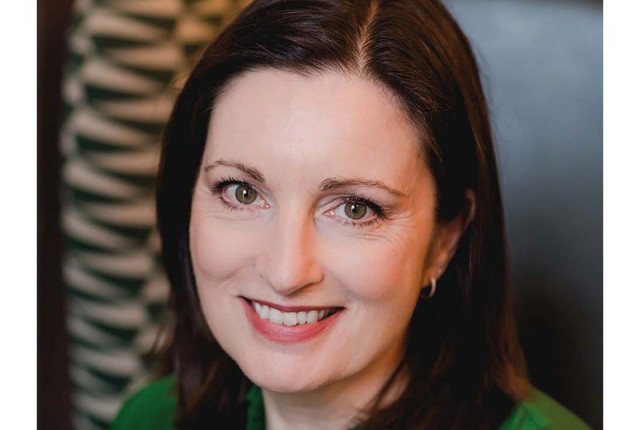 After a 20-year stint at Treasury Wine Estates, Michelle Brampton took on the role of Executive Director at the Wine & Spirit Education Trust earlier this year. She tells Lucy Britner what the trade can expect from her tenure

“Communication is absolutely the base. An organization is just a group of people who communicate to make things happen, right? Michelle Brampton talks about the learnings she is bringing to her new role, and communication “at all levels, internally, externally, formally and informally” is number one.

The second is to foster an inclusive culture and the third is to develop a clear vision for the WSET. “That’s a job I’m focused on with the leadership team,” she says. “We have been very clear about our purpose, particularly because we are not for profit. The purpose feels really powerful.”

This involves what Brampton calls strategic imperatives: “What are the six life and death things we must do?” she asks. These imperatives include ensuring that people feel valued, that the organization is inclusive, and that the learning experience is inspiring. On a more practical note, Brampton talks about wanting to overcome the challenge of being “a very paper-based organization” as well as creating a meaningful environmental, social and governance agenda.

“It’s about how we evolve the organization from a customer service perspective,” he adds. “We’re here to provide inspiring learning experiences to empower people, whether it’s getting into commerce, enhancing their enjoyment, or getting promoted. Whatever it is, it’s there for individual impact, so our ambition is to increase that impact.”

Brampton’s predecessor, Ian Harris, is often credited with putting WSET on the world stage, and Brampton says the breadth and depth of WSET’s offering includes nine courses in 15 languages, with more than 800 providers. Going forward, Brampton says he wants to understand more about people’s learning experiences and how courses can be more accessible, whether they’re audiobooks, more languages ​​or different formats.

“People’s expectations of how they learn have changed, as has their work environment,” he says of the effects of lockdowns and beyond.

“It’s online, it’s potentially less structured. People learn in many different ways, so we want to understand that whole learning experience so we can continue to evolve and improve on that.” He also talks about improving the organization’s infrastructure, especially in the wake of the pandemic and after being “blocked from China due to administrative issues for 18 months.”

Looking at the industry as a whole, Brampton highlights the many challenges facing the beverage trade, including global supply chain disruption, economic downturn and climate change.

“Systems, processes, people that can adapt to a changing environment – ​​flexibility is key,” he says. “It’s easier in some industries than others, and the supply chains are long. For example, in the case of wine, when you’ve planted a vine until it hits the shelves, that’s a long time and the world is changing very fast. So I think the only way to address it is to be clear about what is affecting individual companies and try to be as flexible as possible to adapt.”

For Brampton, the changing regulatory landscape and political volatility are among the top concerns when it comes to operating in multiple markets, obtaining financing and complying.

“There is the question of how long alcohol will be tolerated in some markets, how much can be talked about, if we are seen as promoting it,” he explains.

Sustainability is also high on the global drinks trade agenda these days and Brampton says it was part of the Diploma exam topics this year. The question for his organization now is how he sees sustainability education more broadly.

The immediate future could mean an evolution of the brand, as the WSET looks to add to its competition. It’s been discussed before that the WSET is considering a beer rating and the new CEO says it’s still on the cards.

“We are expanding the offer of beverages. Beer is on the horizon, but we’re still in the planning phase,” she says, without elaborating.

In five years’ time, Brampton hopes his WSET will be “bigger, more efficient and better known for the impact it’s having”.

And while we spent the previous half hour discussing the future of WSET and the industry, we spent the last few minutes remembering what advice Brampton would give his younger self at the start of his TWE career.

“In hindsight, I wish I had gotten into the industry a little quicker,” he says. “When I joined Treasury, there were people who had obtained degrees in viticulture in Australia, and I had no idea such things existed.”

Brampton would have also told his younger self to move. “I had a fantastic race at Hacienda, and I loved it. I stayed for a lot of good reasons and did a lot of different jobs internally, but probably going abroad and experimenting with different companies and different categories within the beverage business would have been really interesting and beneficial down the road.”

Finally, it highlights the importance of going out and meeting people. After all, people are the reason so many of us have stayed in the industry for so long.