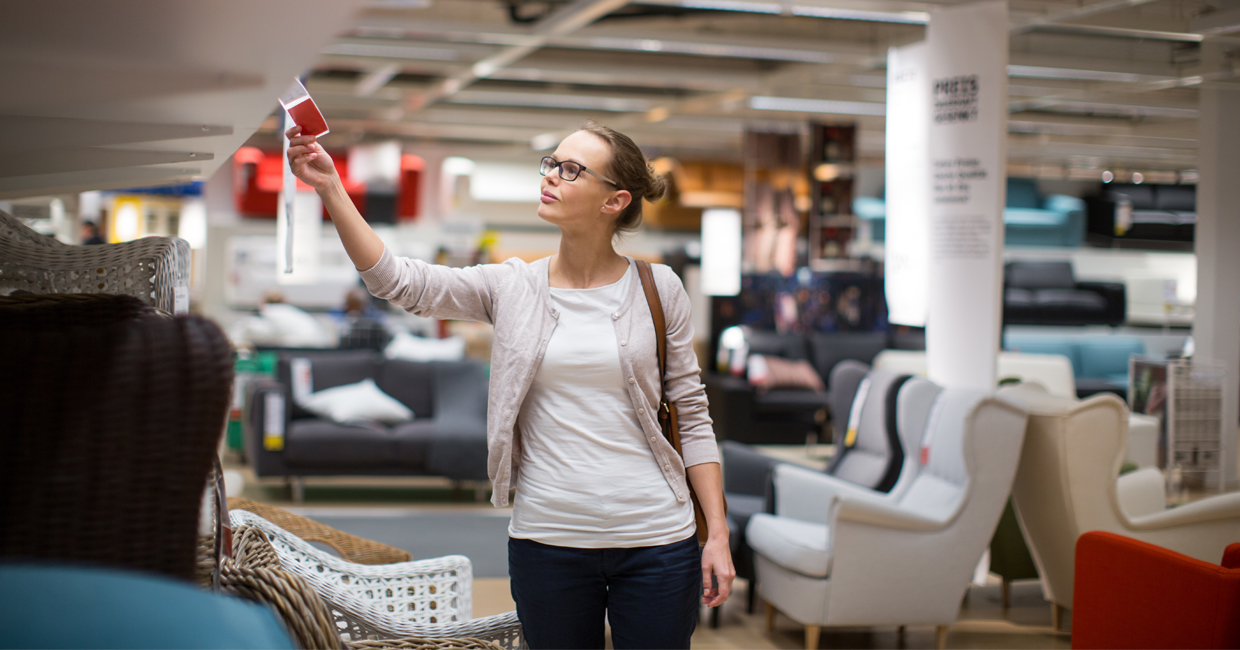 Furniture was the protagonist both online and offline in BRC-KPMG Monthly Retail Sales Monitor this October as consumers braced for cooler days at home; however, the overall business picture remains gloomy.

However, these sales figures were not adjusted for inflation. With both the SPI for October (BRC) and the CPI for September (ONS) showing inflation at historically high levels, the small increase in sales masked a much larger drop in volumes once you factor in inflation.

BRC Chief Executive Helen Dickinson OBE says: “As the cost of living for consumers continued to rise, retail sales slowed in October. With November’s Black Friday sales just around the corner, many people seem to be holding off on spending, particularly on larger purchases.

“Christmas will come later than last year for many and it can be more bleak than bright as families focus on making ends meet, particularly as mortgage payments mount. Retailers are hoping the World Cup and Black Friday will give sales a much-needed boost before Christmas.”

Paul Martin, KPMG UK Retail Director, adds: “Despite product pricing higher than in 2021, retail sales during October grew by just over 1% year-on-year. This increase is being driven by inflationary pressures and does not paint the true picture of declining sales volumes as consumers buy fewer products per store.

“Sales in nearly every category, both online and in-store, fell year over year as consumers adjust to reduced household incomes. Furniture, food and health products saved the day on the streets as consumers prepare for colder days at home. Online retailers saw sales decline in all categories except furniture as consumers flock to stores more often for deals to manage everyday spending.

“Retailers will hedge their bets on a successful World Cup and Black Friday to boost sales during the crucial golden quarter. Given the economic difficulties, the usual holiday boost is unlikely to be enough to offset the current problems retailers are facing with rising costs, shrinking margins and declining demand. Many may feel they have no choice but to cut prices to retain customers, but with their own inflationary pressures to contend with, excellent pre-Christmas promotions could further hurt already-tight margins. While Christmas is by no means canceled as consumers focus on a bright spot in the economic clouds, retailers face arguably their toughest holiday season in a decade as shoppers hunt for sales, hunt for bargains and shop less for meet the economic challenges ahead. ”