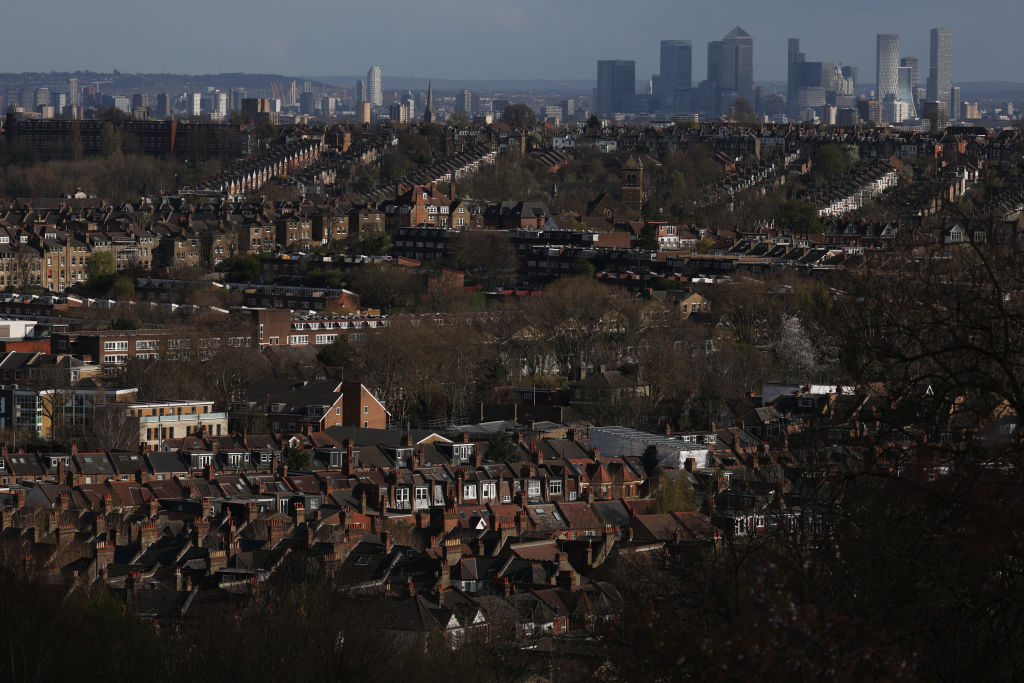 The UK is at greater risk of being hit by a surge in mortgage defaults during the global economic slowdown, a major Wall Street bank has warned.

Goldman Sachs calculates that the country will see a higher unemployment increase compared to other English-speaking countries, which will deal a severe blow to the ability of households to pay their debts.

Bank of England not to blame for looming record recession, chief economist stresses

A one percentage point jump in unemployment results in a 20 basis point rise in mortgage defaults in Britain, Goldman estimated.

In fact, unemployment has remained low and is at the lowest level since the 1970s, although this is due in part to an exodus of workers from the labor market.

Purchasing power in the UK is on track to fall rapidly over the next two years, fueled by wage growth that fails to keep pace with historically high inflation, which is currently at a 40-year high of 10 .1 percent and the Bank of England’s two percent target is expected to remain until mid-2024.

Higher UK unemployment drives up defaults more than other countries

Last week, the Bank of England forecast that around 2 million homeowners could face a £3,000 increase in their annual mortgage bills when they refinance as banks passed on rising UK debt rates triggered by the mini-budget. by Liz Truss.

He also said that the country is on track for longest recession on recordin eight consecutive quarters, if interest rates rise to 5.25 percent, as discounted by financial markets in mid-October.

Average rates now top 6 percent, a big jump from last year when they hovered around 2 percent amid minimum borrowing costs set by the Bank.

Goldman said the US, Canada and Australia are much less likely to see a spike in mortgage defaults, due to a combination of homeowners going into debt longer, a less severe rise in unemployment and a level of life weaker compared to the UK.

UK property debt looks more volatile due to “the shorter duration of UK mortgages, our more negative economic outlook and the greater sensitivity of default rates to recessions,” the Wall Street titan warned.

Figures from Halifax and Nationwide, two of Britain’s biggest mortgage lenders, revealed house prices fell over the past month as demand was hit by tighter financing conditions.

The Bank of England raised rates eight times in a row, including a 75 basis point hike last Thursday, the biggest move in more than 30 years. Rates are now 3 percent, a sharp increase from 0.1 percent this time last year.

Renters in the UK probably punched the air when they saw that the latest HPIs from Halifax and Nationwide revealed that house prices fell over the past month.

The country is now in the early stages of a housing market downturn. A huge hit to real incomes, a spike in unemployment and the fastest rate-hike cycle by the Bank of England in recent history have put a lot of pressure on the housing market, and now it’s wilting.

However, it’s not all positive when house prices go down, as renters might think. There are compensations and the pain is distributed elsewhere.

First, there is the risk that some homeowners’ debt exceeds their share of ownership (negative equity). Many UK mortgage loans are full recourse, meaning that banks can take borrowers’ other assets to cover shortfalls.

Second, a drop in house prices often dents confidence by making people feel poorer, slowing spending and hurting economic growth, something economists call the “wealth effects” of the economy. consumption. This would result in increased unemployment and lower incomes, which would reduce the likelihood that first-time buyers would ultimately gain access to the property.

Third, a spike in mortgage defaults caused by rising debt-service costs and rising prices that squeeze income would spook banks. That is exactly what happened during the financial crisis, which led to a huge credit crunch that slowed down the economic recovery.

However, all those points will probably fall on deaf ears.

Tenants have been downtrodden for so long that they probably deserve a break. Falling prices may provide a path for homeowners, but it’s a narrow one.