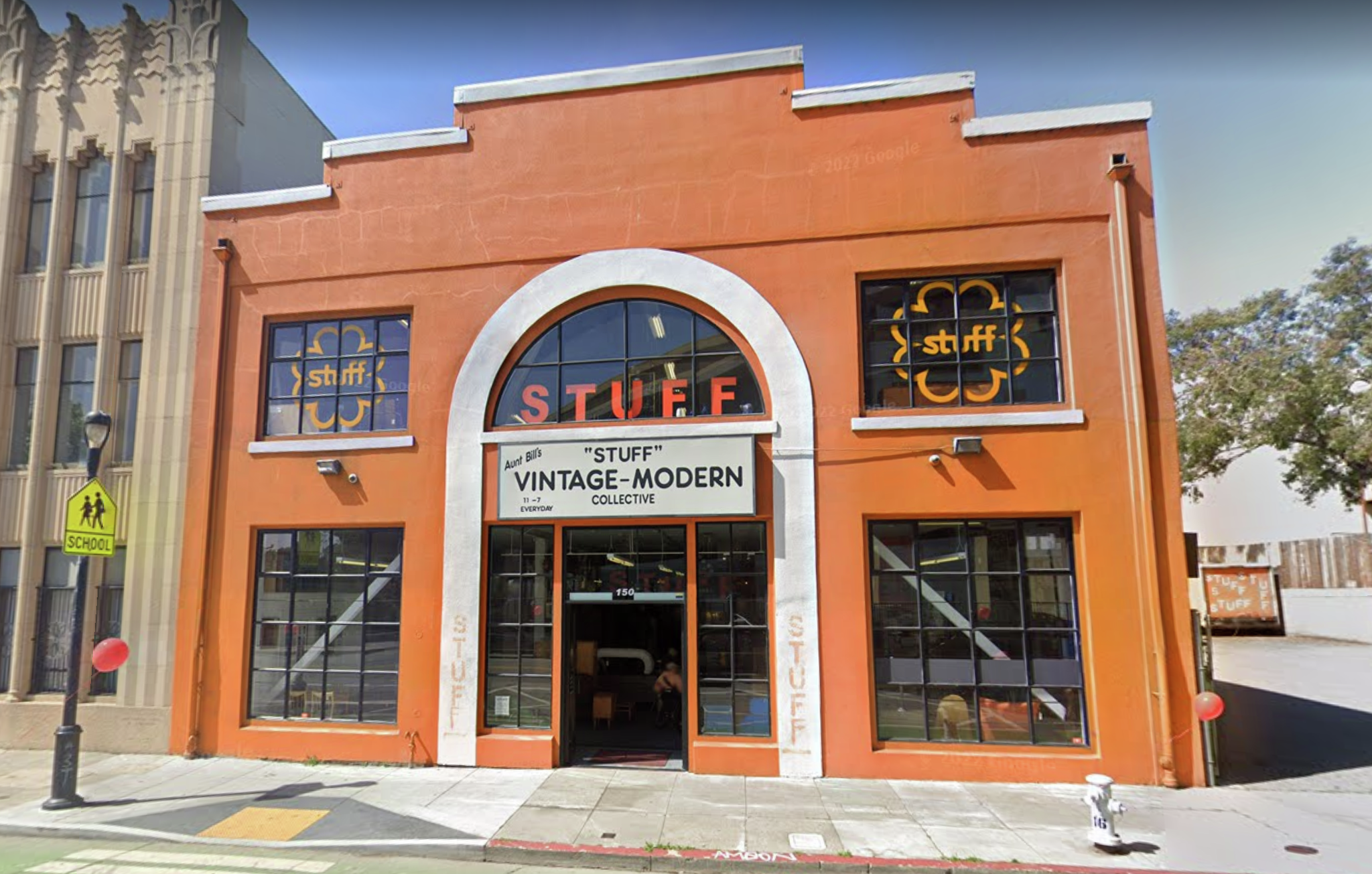 the owners of Stuffa San Francisco The hub for antique treasures, mid-century modern home decor, vintage clothing and more says it will close at the end of its lease in February 2024 after an anticipated rent increase by its landlord.

Will Lenker, who has owned the emporium in the two-story, 16,500-square-foot building with partner James Spinello for the past 30 years, told SFGATE they hope to extend their lease for at least another five. He said they have been in talks with Tom Murphy, the chairman of the private real estate company Aralon Properties, which bought the building in 2015, but talk has stalled. The large store has more than 60 vendors, many of whom “would have nowhere else to go” if Stuff closed, Lenker said.

“If we bought the building, we could turn it into a real collective where [the vendors] it would all be part of the profit, and the store would be able to keep everyone together,” Lenker told SFGATE by phone on Tuesday.

But that may be impossible. Lenker said Friday that Murphy told them they could buy the building at the end of their lease for $10 million, nearly double what he paid seven years ago, or rent it for $900,000 a year, a 200% increase over percent of what they are currently paying.

“We would have to abandon the store entirely,” Lenker said, noting that looking for another location is also out of the question. “We would have no other choice.”

Stuff initially operated out of an Oakland warehouse and then a store on Polk Street before moving to its current position at 150 Valencia St. about 12 years ago, Lenker said. Since then, the store has developed an international clientele, from die-hard antique collectors to nostalgic tourists to people buying furniture for their first San Francisco apartment. Lenker said the store has been visited by everyone from members of Green Day to actors Jennifer Coolidge (“Legally Blonde”) and Dan Aykroyd (“Ghostbusters”), who spent a day with their family.

“It’s a community gathering space,” Lenker said. “Some people come here every day. … I can’t stress enough that Stuff has a soul just like the city.”

Lenker said he briefed staff and vendors over the weekend to give them time to prepare for the possible closure. That news went viral this week when Jesse Thorn, the host of NPR’s popular arts and culture podcast “Bullseye with Jesse Thorn,” shared that his 78-year-old mother, a retired teacher, was one of Stuff’s longtime salespeople. time and relied on the concert to pay his bills.

“My mom has lived in the Mission for 45 years,” Thorn wrote. “Not only is she not going anywhere, but she can’t.”

The Twitter thread caught the attention of District 8 Supervisor Rafael Mandelman’s office, and Legislative Aide Jackie Thornhill reached out to Thorn: “We will do everything we can to help.”

So my mom sells at an amazing group antique store in San Francisco called Stuff. It is in Valencia near the Market. Have they been there…more than 15 years? twenty? Sixty people sell there, plus the staff. Five years ago an investor bought the building for five million dollars. Now he wants them out. pic.twitter.com/3Tg6HKABss

Murphy told SFGATE that he doesn’t want to sell the property. He still doesn’t know what he plans to do with the building when Stuff’s lease ends and said he won’t make a decision at this time. Murphy also declined to share specific rates he negotiated with Lenker and Spinello.

“We’re pretty outraged by all of this,” Lenker said. “And the staff is heartbroken. They are not doing this for fun. They are doing this to survive. It will be a great loss.”

Lindsey Anderson, who has worked at Stuff for the past eight years, said she is a single mother with a 12-year-old daughter and worries whether they would still be able to live in San Francisco if the store closed. .

“It is a difficult situation and it is very sad to think about what this loss means for the incredible people who make up this business. A lot of people will be displaced,” Anderson told SFGATE during her shift Thursday morning. “Going through COVID and then this…it’s crazy.”