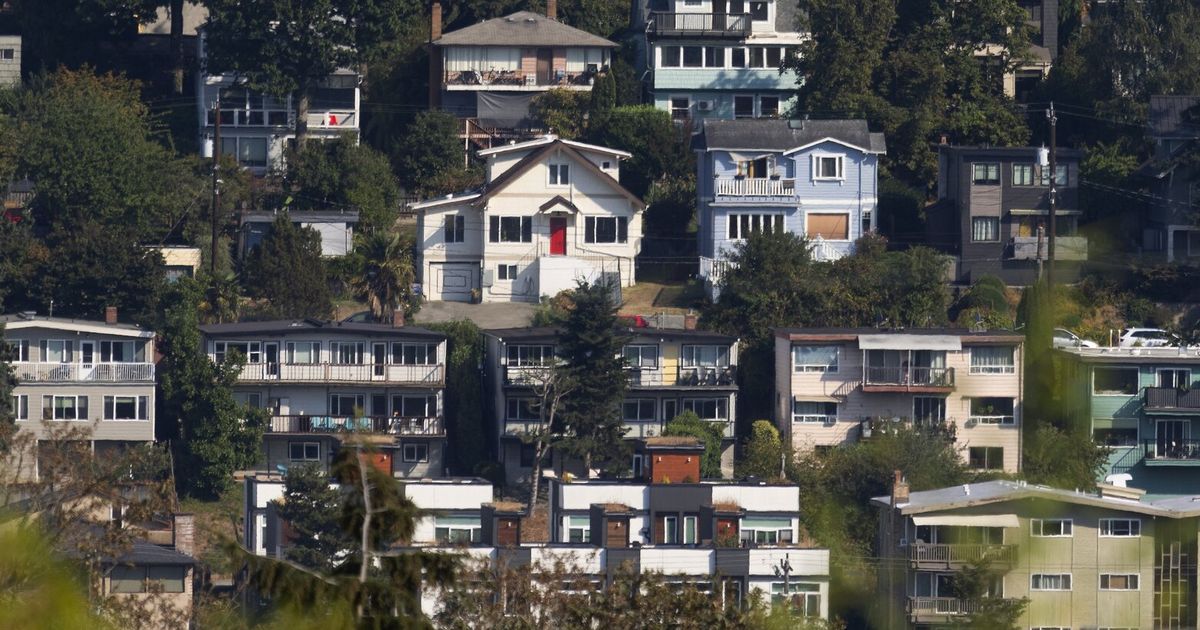 Seattle home sellers are waiting longer to find a willing buyer despite lower prices, signaling a dramatic change from the bidding wars of just six months ago.

Rising interest rates, aimed at curbing inflation, are making life difficult for homebuyers, leaving many on the sidelines as their purchasing power shrinks. In turn, potential sellers are delaying the listing of their homes. The result: Across the Puget Sound region, fewer new listings came on the market in October than a year ago, and more homes still remained on the market at month’s end, according to data released Monday by the Northwest Multiple Listing Service. .

Look no further than Snohomish County, where there were three times as many homes for sale at the end of October as there were at the same time last year.

King County saw 38% fewer single-family home pending sales in October than last year. and 34% less than the same time in 2019, before the pandemic supercharged the market. Nationwide, loan applications to buy homes are declining.

All of those factors have slowed the runaway price growth in Western Washington.

Compared to the market peak in May, October median home prices were down 10% each in King and Snohomish counties, 8% in Pierce County and 7% in Kitsap County , according to data from the Northwest Multiple Listing Service.

Prices are still high compared to a year ago, but price jumps are smaller than during the peak of the market. King County single-family home prices are up 10%, while other nearby counties are up 1-5%.

If trends continue, prices could end up flat year-over-year or start to fall from last year’s levels.

Zillow Senior Economist Nicole Bachaud predicts that prices in the Seattle area will remain flat between now and next fall. That’s in part because the huge price increases in 2020 and 2021 were “completely unsustainable,” Bachaud said.

“We can’t have 20% growth every year, and the reason is because of affordability,” Bachaud said.. “Revenues have grown, but not as much as home values ​​did. So, there will be no one left to buy houses at any given time.”

That change has already arrived in Whatcom County, where a remote worker flood helped push prices up earlier in the pandemic. The median home price of $565,000 last month was the same as last October, although it was 35% higher than in 2019.

As homes last longer, real estate agents are looking to make their offers more attractive. Sellers are lowering their prices and offering to cover closing costs, said Michael Doyle, a Windermere agent. Even with incentives, some houses are unsold.

Faced with that dynamic, “we definitely have a lot of sellers who are reluctant to come in,” Doyle said. Not only are they worried that their house won’t sell, but they are hesitant to “give up the cheap money they borrowed for that house” and deal with higher interest rates, he said.

Poulsbo Racer Frank Wilson he had advice for potential sellers looking for the right price for their home. “What his neighbor’s house sold for six months ago bears little relation to the value of his house today,” Wilson, a broker for John L. Scott, said in a statement.

Nationally, it now takes about 39% of the median household income to cover the average monthly home payment, the highest ratio since 1984, according to Black Knight, a mortgage data company. In Seattle, he took 50% of the median income starting in September.

The monthly payment on a typical home in the Seattle metro area is now more than $4,000 a month, up 71.5% from a year ago, according to Zillow.

“That’s putting a lot of households in a position where there’s no way they can afford a mortgage. You cannot apply and get qualified,” Bachaud said. “So as a result, we’ll see demand pull back.”