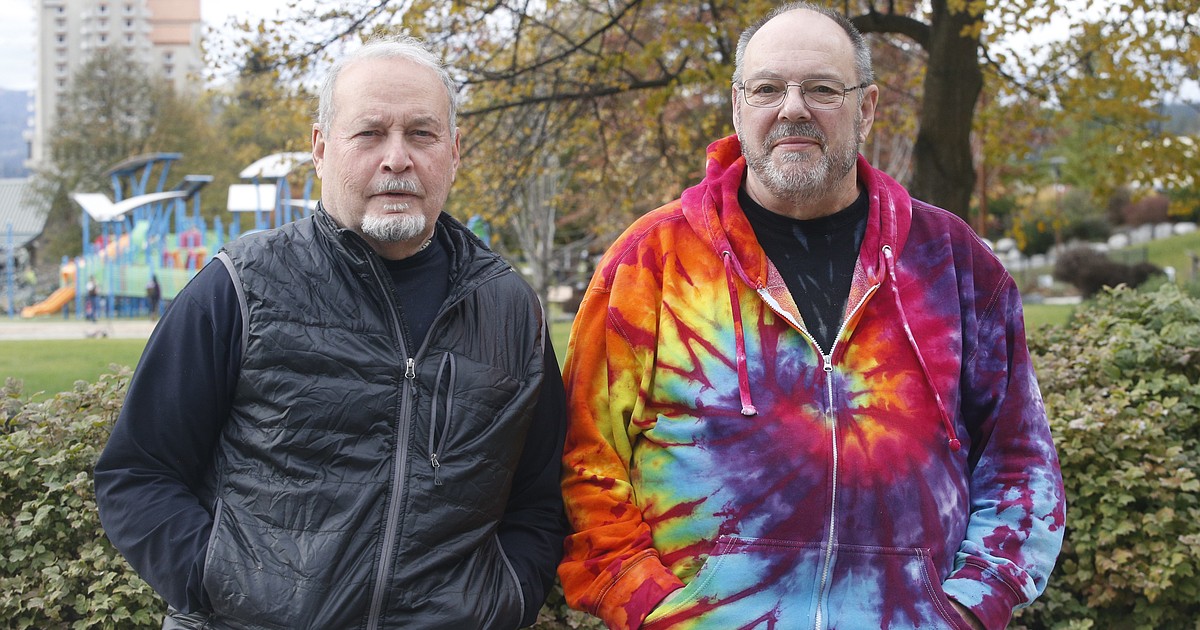 Those words are scrawled on the outside of a binder, next to a map of Oak Crest, a mobile home community in Coeur d’Alene where nearly half of the nearly 500 residents have agreed to form a cooperative in hopes of one day buying the park.

The initial registration fee is only $1.

The move began last August, when a Utah-based investment firm called Havenpark Communities bought Oak Crest. Since then, residents say rent has risen significantly and many are struggling to keep up.

“Everyone is nervous,” said Marie Howell, a widow who has lived in Oak Crest for six years. “I love the park. Its beautiful. I am happy where I am. But it is getting extremely difficult.”

Howell lives on his Social Security benefit. Oak Crest is full of people like her, she said: widows and widowers, veterans, retirees on fixed incomes.

Forming a cooperative with your neighbors is an effort to secure your future.

If 51% of residents agree to join, they can form an organization. Idaho law would then require the seller to notify the organization if the park comes up for sale in the future.

That’s where ROC Northwest comes in. It is an affiliate of ROC USA, a non-profit organization that helps residents purchase their manufactured home communities.

ROC Northwest has helped facilitate the purchase of more than 20 resident-owned communities in Washington and Idaho. More than 1,000 people live in those communities.

In this model, homeowners form a cooperative that collectively owns the manufactured home community. The cooperative is responsible for maintenance, supervision of the annual budget and supplier management. Members continue to own their houses individually, as well as an equal share of the land.

Collum said neighbors aren’t forming a cooperative as a reprimand from Havenpark.

“We want to develop a positive relationship with the current owners,” he said, adding that park management is aware of their efforts. “We want to be the best tenants of all time.”

Since Oak Crest residents began organizing, residents from seven other local mobile home communities have reached out to Victoria O’Banion with ROC Northwest.

“They’re very eager to become housing cooperatives,” O’Banion said. “Some of them have good relationships with their owners and see this as a real possibility.”

Among them was Heather Shirts. She lives in Mountain View, a 173-unit community in Rathdrum where residents recently received a 90-day notice to remove any non-permitted structures or face possible eviction.

That included Shirt’s porch, which was built long before she bought the mobile home.

“I wasn’t planning on having to tear it down and start over,” he said, adding that many of his neighbors would not be able to comply within 90 days.

Commonwealth Real Estate Services has since given residents a temporary reprieve, Shirts said, so they aren’t expected to tear down their porches in the winter.

But the experience highlighted the precarious position many mobile home residents find themselves in.

While apartment dwellers can pick up and move in the face of rent increases or other changes, it’s more complicated for those who live in manufactured homes.

“We can’t do that,” said a man named Turns to the East, another Oak Crest resident. “We have to get out of our houses. We lose our homes.”

Manufactured homes built after 1976 are expensive and difficult to move once in place. For that reason, many residents have no choice but to leave their homes when rents go too high or parks go out of business.

Shirt owns her home and can afford the monthly lot rent of $450. But she said neighbors remember a time, just a few years ago, when rent was $320 a month.

You’ve heard about rising costs in communities like Oak Crest and wonder what the future holds.

“This was an affordable way for me to continue owning my own home,” he said. “That’s why most of us are there, because it’s affordable.”

For now, Oak Crest needs fewer than 50 more residents to agree to join the housing cooperative. Collum is optimistic. His neighbors have been receptive.

“I think we’ll get there,” he said with a smile.