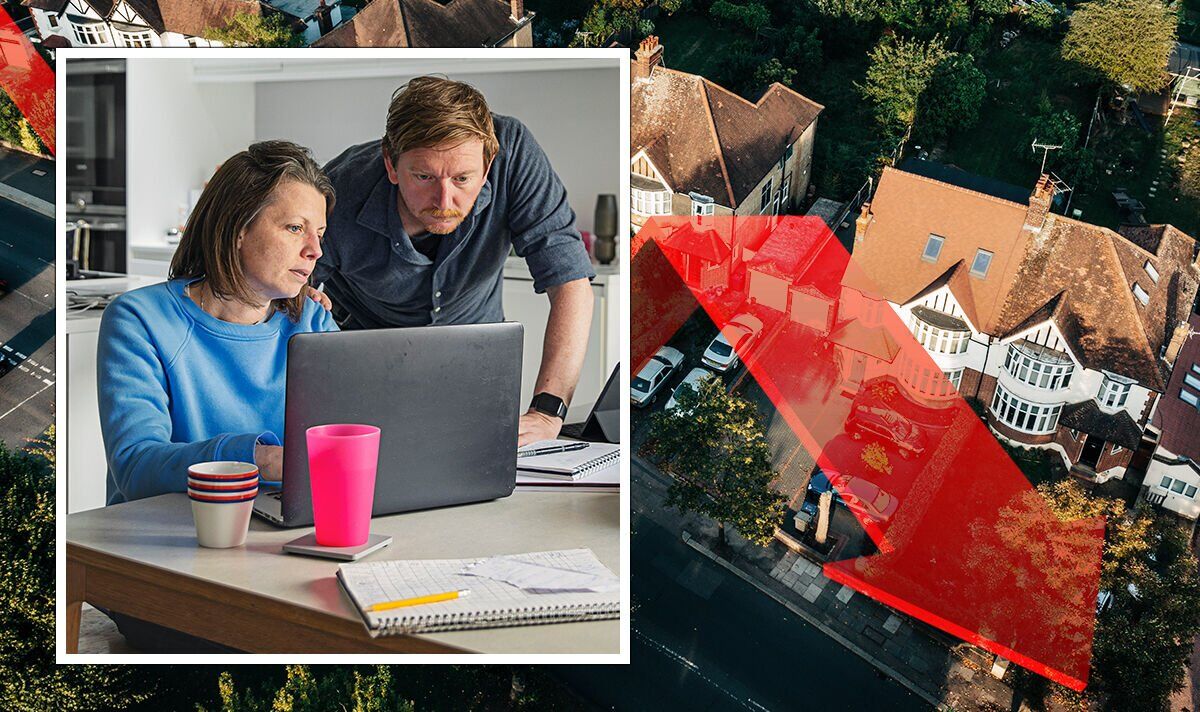 Millions of homeowners have been hit hard after the first major real estate agency revised its forecasts after the mini-budget forecast that home prices would fall 10 percent in the next two years. Rising interest rates, coupled with the continuing cost-of-living crisis and high-inflation forecasts have caused Tom Bill, Knight Frank’s head of residential research, to drastically revise a forecast he made in June.

Just a few months ago, he had forecast growth of one per cent next year and a rise of three per cent in 2024, but has now warned that UK house prices will plummet by an average of five per cent in each of the next two years, bringing them “back to the same level as last summer”.

Property prices in Greater London, where affordability remains limited, will fall even more suddenly, with an expected drop of six per cent in 2023 followed by a drop of four per cent the following year.

The luxury market, which relies less on home loans, is also expected to see a drop, with prices in major central London areas such as Mayfair and Belgravia forecast to fall by three percent next year and stabilize in 2024.

Andrew Wishart, senior property economist at consultancy Capital Economics, is also revising his forecasts, now warning of a 12 per cent “peak-to-trough” drop after previously estimating house prices would fall by seven per cent.

In a major warning to millions of UK homeowners, he said: “A large increase in mortgage arrears and repossessions is probably unavoidable.”

Estate agents and brokers have warned that home valuations by lenders have dropped by tens of thousands of pounds in the last week alone, with some sellers forced to offer discounts in a desperate bid to avoid Buyers leave.

Charlie Lamdin, founder of property website BestAgent, said: “Anecdotally, we hear of price drops of up to 20 per cent, although the data shows more modest drops of 5-10 per cent.

The property market has been thrown into chaos since Chancellor Kwasi Kwarteng announced a massive £45bn tax cut in his mini-budget on September 23 in a desperate bid to breathe life into the UK economy.

But shock waves were sent through the housing sector, with more than 1,700 mortgage products withdrawn amid the financial turmoil that has engulfed the Conservative Party government and the country at large.

Some 100 mortgage products have been reinstated in recent days, but the two-year average fixed rate has soared to 5.97 percent, up from 4.74 percent on the day of the Kwarteng announcements and more than double the 2 .38 percent a year ago.

Following the mini-budget, homeowners were warned to prepare for the likelihood of mortgage misery, and the Bank of England was urged to raise interest rates again, having recently raised them to 2.25 percent.

BoE Governor Andrew Bailey issued a statement saying the Monetary Policy Committee “will not hesitate to change interest rates as much as is necessary to bring inflation back to the two percent target on a sustainable basis in the medium term.” term, in line with its mandate”.

The BoE’s series of base rate hikes in recent months means a tracker mortgage is now around £210 a month more expensive on average than it was before the rate hikes began late last year.

The latest figures from UK Finance have indicated that a standard variable rate (SVR) mortgage is now around £132 more expensive per month.

Most mortgage holders have fixed-rate deals, but 1.8 million fixed deals are set to expire next year, meaning some homeowners could be hit with bill shock when they decide to take out a new mortgage.

Ahead of the BoE statement, Simon Jones, chief executive of financial comparison site InvestingReviews.co.uk, told MailOnline: “The fall in sterling is fueling speculation that the Bank of England may need to take action by raising rates. interest rates even before the rate setters maintain their positions. next meeting scheduled in November.

“Remember, more than two million homeowners with adjustable-rate mortgages are already reeling after seven successive increases in the base rate since last December.

“Millions more in fixed-rate deals will find their payments have skyrocketed when it comes time to re-mortgage.”