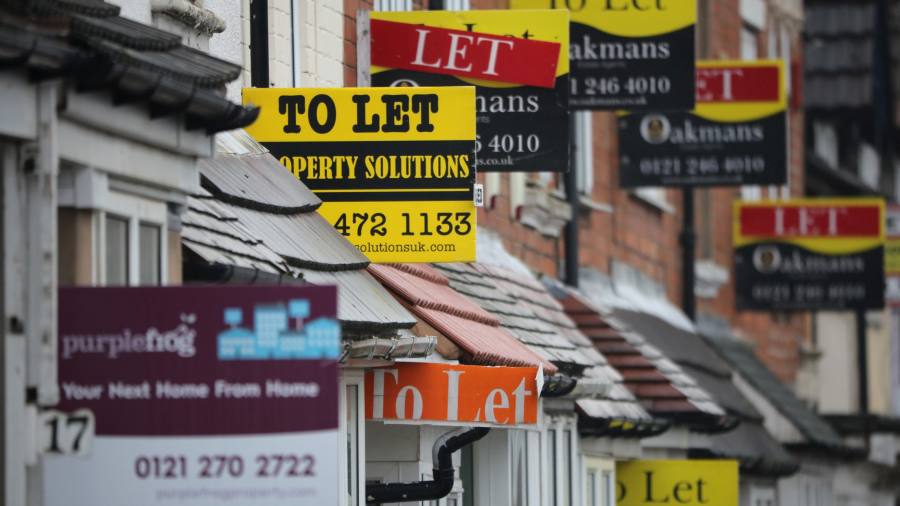 It’s painful to own a home when the deadline to remortgage approaches. But maybe not as painful as being a renter.

Figures from the Office for National Statistics last month showed that while 45 per cent of the population paying bills found energy difficult to pay for and 30 per cent of those with rent or mortgages found payments were complicated, the picture was about 15 percentage points worse among renters. than homeowners in debt.

That’s not entirely surprising. Tenants’ personal finances are more tense than their owner-occupant counterparts. They spend more of their income on rent than homeowners on mortgages: about a third of median income. In London, official data shows that rent is unaffordable for all except those with the highest incomes. The only English regions where it is affordable for those with lower incomes are the East Midlands and North West.

The question is how much worse it will get as mortgage rates rise, and what that means for England’s landlords and their lenders (Scotland has imposed rent controls). And it’s complicated.

There is a dearth of reliable data on the private rental sector. Still, the basic story is that there is a contraction with demand significantly outpacing supply. A combination of fiscal and legislative changes is likely to blame on the supply side. The effect of higher mortgage rates on price for first-time buyers helps spur demand, as BuiltPlace’s Neal Hudson points out. Property portal Zoopla put rental demand at more than double its five-year average, while rental housing stock is close to 50 percent below that benchmark.

The consequence has been higher rents, even if, due to a period of stagnation during the pandemic and income growth, the proportion of income spent on rent is not too far from the longer-term average. Both Rightmove and Zoopla, which track new rentals, put the pace of annual rental growth at between 11 and 12 percent in the third quarter of this year. That doesn’t include renewals, where rent increases are likely to be lower. Even so, the ONS data point to the highest rate of growth in rents since the start of its series in January 2016.

Combined with broader pressures on disposable income, the prospects for landlords to raise rents further appear limited. But whether that’s a problem for homeowners or their lenders is a thornier issue.

With residential mortgage rates hovering around 5.5-5.75 per cent, RBC analyst Benjamin Toms estimated last month that buy-to-let mortgage costs would rise by around £375 a month. If landlords were to spend 75 percent of that, it would equate to a 26 percent increase in rents with just over half falling by 2023, according to Toms.

That’s less than the kind of increase homeowners face (more like £420 a month). But it’s still the kind of hefty increase that seems difficult to convey. The tenants buy something cheaper – and the youngest boomerang at home.

Richard Donnell, director of research at Zoopla, argues that affordability constraints mean the pace of rental growth is close to peaking. Debt levels are not so bad that landlords are forced to raise rents across the board. The average loan-to-value ratio for homeowners who buy to let is just under 50 per cent, according to last year’s official survey of English private landlords. Even if valuations are falling, for an experienced buy-to-let book at 50 percent LTV or less, the current rent will likely cover the 6 percent interest payments, Donnell says.

That also limits the exposure of homeowners’ lenders. Banks with significant books of homeowner loans are probably in the worst position, says Goodbody analyst John Cronin: building societies Virgin Money UK and Metro Bank, for example. Even then, the amount of equity in properties means it may be margins that suffer rather than credit losses, unless the real estate market really stalls.

What is difficult to know is how the pressure will develop among the ranks of family owners. A report from the UK Collaborative Center for Housing Evidence published this week found that most were prepared enough to set aside an emergency fund, but that only around a quarter of single-property homeowners managed something sophisticated like Calculate monthly cash flows to include the cost of maintenance and repairs.

Still, as lawmakers worry that mortgage holders’ payments will hit 30 percent of income, it’s clear that homeowners are far from the only ones hurt.