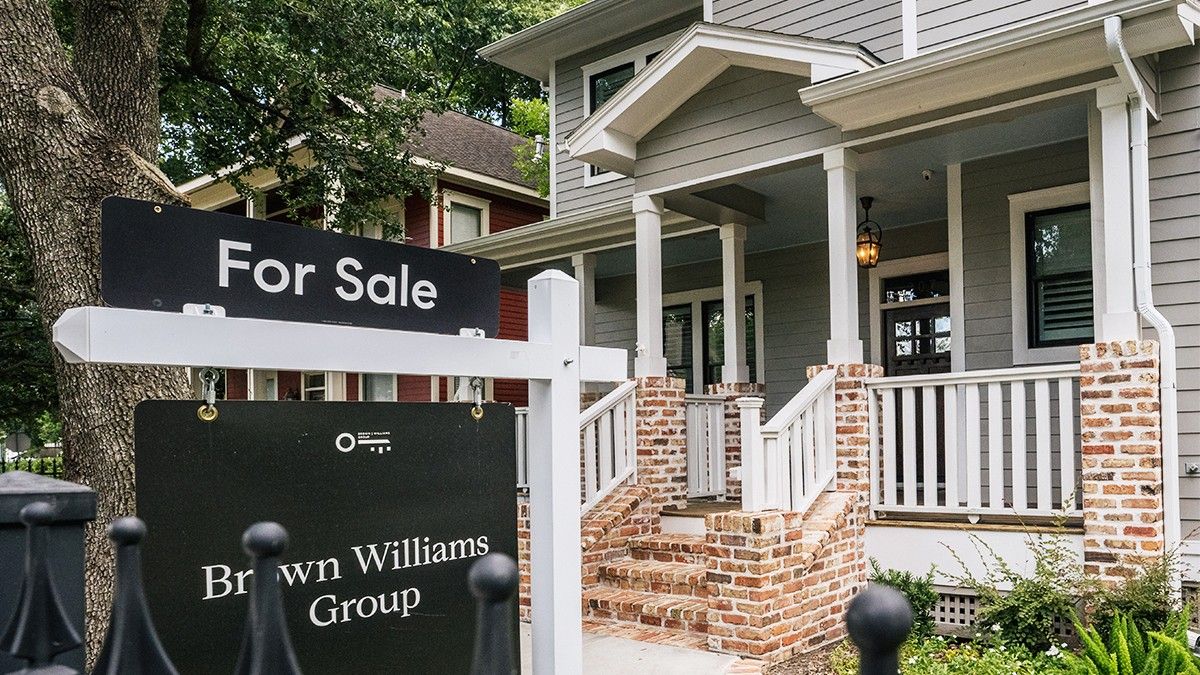 Ever since home prices skyrocketed into the stratosphere, many first time buyers they have prayed that they fall so they can afford to become owners. Their wishes appear to have been granted, and yet they are trapped in a paradox: even when prices have started to drop, the cost of buying a house has increased. Much.

The reason for the contradiction: sky-high mortgage interest rates.

Most people are still focused on the price of a property. In fact, this kind of list price obsession is deeply ingrained in the American psyche. But, of course, buying a house is very different from buying products in a physical store or buying online. Unless homebuyers are buying everything in cash, they will take out a long-term loan to finance their purchase. And there is a high cost to borrow that money, which rises when mortgage rates rise.

Nationwide, the median mortgage payment is now 77% higher* than it was a year ago. Most of that increase is due to higher rates, which have shot up from the low 3% range to around 7% for 30-year fixed-rate loans. And that has completely changed the affordability equation.

“Prices would have to come down significantly for homebuyers to feel like they’re really getting a bargain,” Ratiu says. “If we had stayed at an interest rate of about 3%, the drop in prices could have given people the opportunity to get a bargain or something that is actually more affordable. But with rates…they’re not likely to return to those 3% levels any time soon, even a 10% decline in prices won’t offer much of a bargain.”

House prices are not expected to plummet

The chances of home prices falling by 45% are more than slim. Prices have come down a bit from their peaks during the spring and summer, but continue to rise year on year. Most real estate experts predict only a 10% decline nationally, though the exact amount is expected to vary widely across the country.

During the Great Recession, home prices fell just 30% from their peak in the 2000s after the housing bubble burst. That was due in large part to the crash of predatory subprime lending, a wave of foreclosures that flooded the market with cheap homes and more homes for sale than buyers.

Today, those risky home loans have largely been eliminated. Only the most qualified buyers, those who are least likely to experience foreclosure, receive loans. And instead of a housing glut, there is a severe shortage of properties for rent and for sale with many more buyers and renters than available homes. That keeps prices low, preventing them from falling too far.

“Those people who say, ‘What goes up must come down,’ I appreciate you wanting to think about the economic theory behind prices,” he says. Lisa Sturtevant, chief economist for Bright MLS, a multiple listing service that covers the mid-Atlantic region. “But supply has to increase significantly if we expect a big drop in prices, [and] We just haven’t been building enough housing for years and years.”

Low rates helped fuel the historic rise in home prices during the COVID-19 pandemic. Because buyers spent less each month on mortgage interest, they had more money to invest in homes. That precipitated the real estate frenzy that spawned frenzied bidding wars, investors snapping up almost everything in sight, and six-figure bids above asking price.

Now that rates have increased, increasing the amount that today’s new homeowners must part with each month, buyers don’t have as much money to spend on the actual home. Your money will go to the lender instead. So prices have been forced to come down a bit.

Monthly mortgage payments have skyrocketed in the past year

Last October, the median mortgage payment was $1,245.48 a month nationally. A year later, buyers were shelling out about $1,000 more a month for the same property, not including taxes and insurance costs. However, house prices increased by only 13.3% year-on-year in October. That means most of that extra cash they were spending came from higher rates.

Over the life of a 30-year loan, buyers would pay $345,247.20 more than they would have if they had closed a year earlier. This assumes they don’t refinance their loans if rates go down, of course.

Mortgage rates could continue to rise

Mortgage rates have a decent chance of continuing their ascent, much to the dismay of homebuyers.

The Federal Reserve normally lowers rates just to give the economy a boost when it needs it, which is what happened during the pandemic.

“The only way I see mortgage rates stopping their upward trajectory is if the economy plunges into a severe recession,” says Ratiu.

*This calculation looks at Realtor.com’s October 2022 and 2021 average home listing prices and average weekly mortgage interest rates for 30-year fixed-rate loans in the last week of October using data from Freddie Mac. No Taxes and insurance charges were not included.