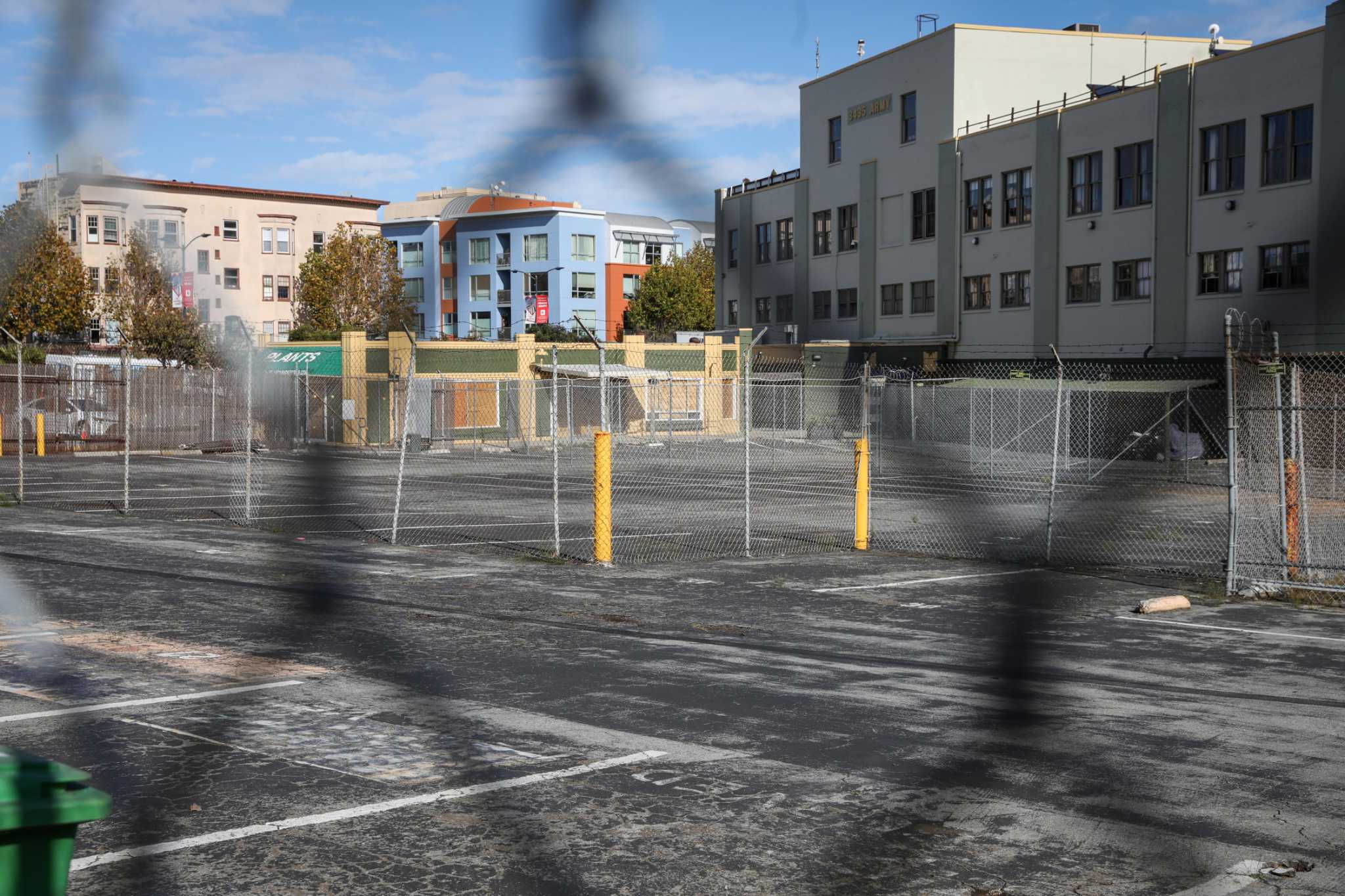 With the economy teetering on the brink of recession and dozens of market-rate housing projects stalled, San Francisco’s nonprofit builders are licking their chops over what could be a rare opportunity to snag some sites for future residential development. affordable.

And the strategy is already paying off in the Mission District.

A 1-acre fenced parcel at Cesar Chavez and Valencia streets, once a parking lot for the Mission District’s Sears Roebuck & Co. department store, will now become one of the largest new affordable housing developments in San Francisco.

Sequoia Living, which develops and owns senior complexes for both low-income and affluent seniors, paid $13.5 million to acquire the parking lot behind 3435 Cesar Chavez St., which was redeveloped as live/work lofts after Sears closed its store in 1975.

Sequoia plans to develop 130 units of senior housing on the northern half of the site and partner with nonprofits to build another 130 units of affordable housing on the southern portion, according to David Latina, who leads development for the company.

Latina said Sequoia had spent years investigating both the old Sears lot and the Salvation Army property across the street on the northwest corner of Valencia and Cesar Chavez. However, for most of that time, both properties were coveted by for-profit builders who could pay more than an affordable pool.

The old Sears lot was under contract to at least two market-rate developers before the deals fell through during the pandemic, providing an opportunity for Sequoia.

“When the accelerator ran out of gas in the condo market, I called our broker and said, ‘Let’s talk to them and see if we can make something happen,’” Latina said. “Everything is on hold except affordable housing, which is great for us.”

“This is one of the most welcome types of housing that we could build in the district,” Ronen said.

San Francisco is home to 164,000 adults age 62 and older, about 23% of the population. A 2022 Senior and Disabled Affordable Housing Needs Assessment Report found that more than 29,000 senior renter households experience rent burden, and about 16,000 of those households experience severe rent burden. The 2022 Point in Time Homeless Count found approximately 620 adults over the age of 60 and 1,600 people with disabilities experiencing homelessness on any given night in San Francisco.

Two senior housing projects have opened in the Mission District in the past decade: one with 44 units at 3001 24th St. and another with 94 units at 1294 Shotwell.

“Those two don’t even begin to meet the need,” Ronen said. “Affordable senior housing is something we don’t have enough of, especially as the number of seniors is increasing.”

Commercial real estate broker Gary Cohen, who represented Sequoia, has specialized in finding affordable developer sites. He said he expects to see a flood of market-rate offers from developers who can no longer get financing to build what they hoped to build, but so far it has been slow.

“The question is whether the vendors have come to terms with discount pricing that would make sense for a nonprofit organization,” he said. “People have to adjust their expectations, and I don’t know if we’ve gotten to that point yet.”

Sequoia was in a unique position to purchase the land because it has a foundation that was able to put up the cash without having to go to town to find financing. The foundation is made up of contributions from residents of the group’s market-rate communities, which are popular and tend to attract affluent families. It is common for those residents to leave a portion of their assets to Sequoia’s low-income communities. Sequoia has market rate communities in Cathedral Hill, as well as Portola Valley, Walnut Creek and Greenbrae in Marin County.

“It’s like Peter helps pay Paul,” Latina said. “They feel good because their money is going to an organization that not only cares for them, but cares for others who can’t afford a market-rate senior community.”

The Mission District units will target seniors with incomes below 50% of area median income (about $48,500 a year), and Sequoia hopes to purchase vouchers that will make it affordable even for seniors with lower income. It will take about a year to get the low-income housing tax credits needed to finance the project, Latina said.

Mission Housing Executive Director Sam Moss said his nonprofit had examined the site in the past, but Sequoia’s acquisition of the site, and the plan to put low-income senior units there It was the perfect result.

“Sequoia is going to do great things there,” he said. “Affordable housing inherently has the potential to be countercyclical, but it depends on money being available.”

Scott Falcone, an affordable housing consultant who advised Sequoia, said he has clients looking at potential acquisitions in the Outer Sunset and Union Square. The Union Square property is an existing hotel that would be converted into apartments.

“These properties are not exactly flying off the shelf,” he said. “We are the only ones who can make it work. The price is going down and it is likely to go down even more.”

Ronen said she was particularly pleased that the Mayor’s Office of Housing and Community Development did not have to fund land acquisition, which is often the case.