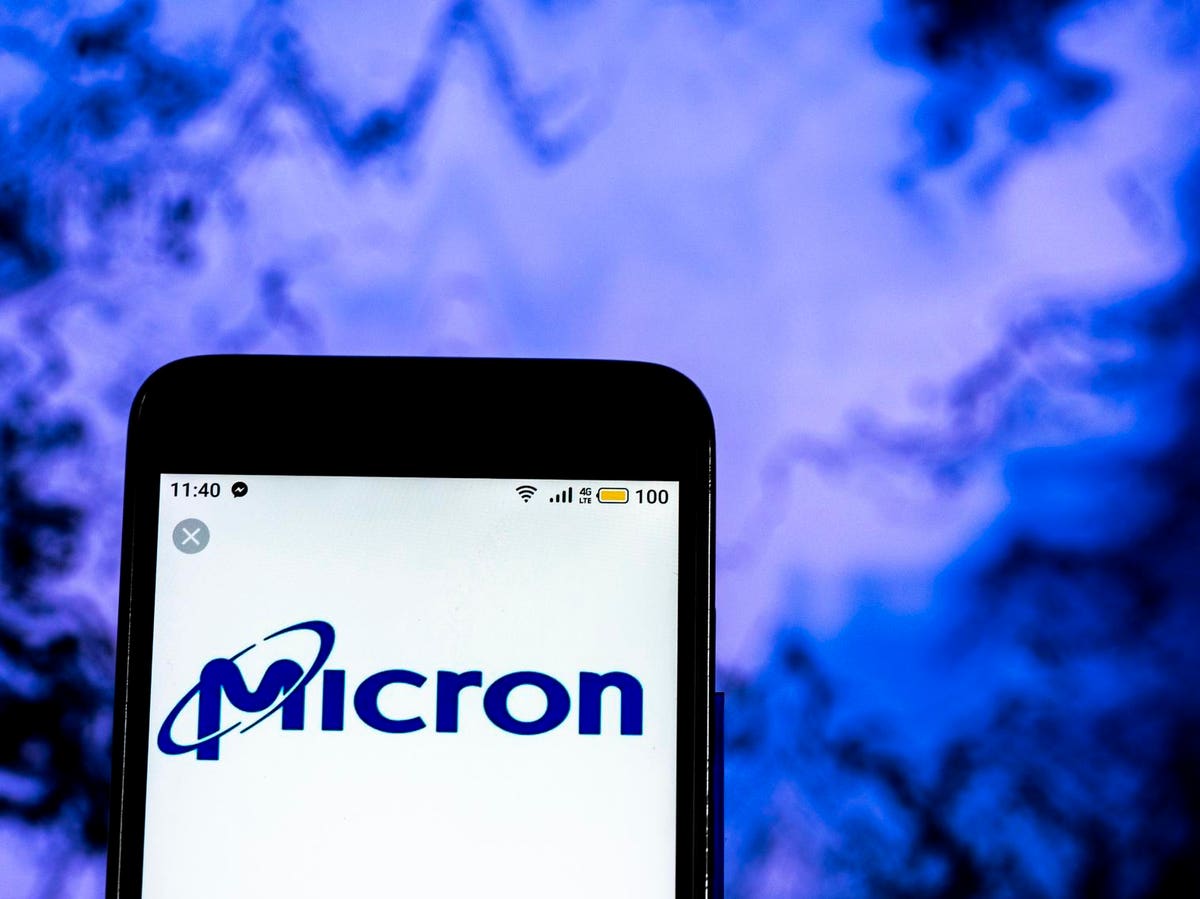 Micron Technology, one of the world’s largest semiconductor chipmakers, announced plans Tuesday to open a new “megafab” factory in upstate New York. The 20-year, $100 billion investment is expected to create nearly 50,000 jobs in the state.

Shares of Micron Technology saw some excitement ahead of the announcement, with shares reaching a high of $54.72 earlier in the day. The shares closed Tuesday at $53.96, representing a 4.3% daily gain.

As the world continues to grapple with the edges of the 2021 semiconductor shortage, these small computer chips remain in high demand. Although that demand may see slight short-term declines as production problems ease, the long-term outlook remains fairly positive — for semiconductor makers, yes, but also for technology investors.

Micron Technology, based in Boise, Idaho, is one of the world’s largest chipmakers. The company has multiple major manufacturing plants in Taiwan and Singapore, with additional US investments planned in its hometown.

Micron’s main product is a semiconductor product called DRAM (dynamic random access memory) chips, which power all modern computers and account for about 70% of the company’s sales. These components are manufactured in specialized factories, complete with massive clean rooms, called manufacturing plants or factories.

To help the company increase production, he negotiated with New York state officials to acquire 1,300 acres outside of Syracuse. Micron plans to spend $100 billion over the next 20 years or more to build its mega-factory, with the first $20 billion expected to reach the community by the end of the decade.

In all, the company plans to build a 7.2 million square foot complex comprising four separate semiconductor manufacturing facilities. Micron expects to hire a total of 9,000 employees, and state officials forecast another 40,000 jobs from contractors, suppliers and others will flood the region to build and supply the plant.

Construction is anticipated to begin in 2024.

These chips (and jobs) are brought to you by…

After the pandemic, the United States was one of dozens of countries that suffered a shortage of semiconductor chips. These chips are needed to power everything from cars and airplanes to refrigerators and computers.

The shortage brought to light serious supply chain concerns, as the US only accounts for about 12% of global chip production. Several lawmakers have warned that the nation has become too dependent on countries like China and Taiwan for semiconductor production.

Senate Majority Leader Charles Schumer (D-NY), who advocated moving the Micron plant to New York, noted in an Associated Press interview that “chips are essential to our economy, and if we lost the ability to to manufacture chips here in the United States, it would be a serious…national security risk.”

Micron Technology was one of multiple companies to publicly acknowledge its desire to invest more in US-based manufacturing plants. It expects to invest $40 billion in US manufacturing and R&D over the next decade and beyond. of $150 billion globally.

These plans were accelerated by the summer passage of federal law CHIPS and Science Law, which earmarked $52 billion in subsidies and support for chipmakers. Shortly thereafter, Micron announced that it would invest $15 billion in a fabulous new plant in its hometown of Boise, Idaho.

Both Schumer and Micron Technology CEO Sanhay Mehrotra praised the CHIPS Act as key to securing the New York factory. Said Mehrotra in the announcement: “An investment of this scale in the US is simply not possible without significant government and community support…. There is no question that without the CHIPS Act, we would not be here today.”

President Joe Biden also touted the investment in New York as proof that the CHIPS Act was beginning to pay off. Biden said: “Today is another victory for America and another massive new investment in America fueled by [the CHIPS Act]…. Together, we are building a bottom-up, middle-out economy where we cut costs for our families and do it right here in America.”

Federal support is not all that New York promised Micron Technology. The company was lured to the Syracuse area by a host of lucrative incentives, including $5.5 billion in state tax credits over 20 years. New York also pledged $200 million to build the area’s infrastructure to improve access to roads, water and electricity.

New York and Micron also jointly committed to funneling $400 million ($100 million from the state and $250 million from Micron) into a “community development fund.” The fund will be used to encourage local workforce development that will provide the factory with the skilled workers it needs in the future.

In total, Micron Technology could receive more than $6 billion in federal, state and community incentives over two decades.

To remain eligible for these incentives, Micron will have to build “green” plants that limit greenhouse gas emissions and expand employment opportunities. New York Governor Kathy Hochul predicts the factory will produce nearly $600 million annually in tax revenue, or about $17 billion over 30 years.

Micron is just one of the major chipmakers with plans to expand its operations in the United States.

In 2020, Taiwan Semiconductor Manufacturing Company (TSMC) announced that it was preparing to break ground on a $12 billion factory in Arizona.

In late 2021, Samsung announced plans to build a $17 billion plant in Texas, with several more potentially in the works.

Intel also plans to invest up to $100 billion in eight chip factories outside of Columbus, Ohio. The company’s initial $20 billion investment is expected to create 7,000 construction jobs and 3,000 full-time skilled labor jobs.

In the company’s most recent annual fiscal report, released on September 1, Micron Technology reported a profit of $8.7 billion, 48% more than the previous year. However, the company’s shares are still down 43.6% year-to-date as the broader tech industry struggles to maintain valuations.

And in a recent earnings call with analysts, Micron said it plans to cut capex by 30% due to weakening demand in the near term. However, the company sees long-term growth, with demand for memory chips set to double by the end of the decade, proving the basis for its decision to go ahead with its new manufacturing plants.

What does the Micron Technology factory mean to you?

As Senate Majority Leader Schumer points out: “[Micron Technology’s] mega-fab in downtown New York will deliver benefits beyond the semiconductor industry by strengthening US technology leadership, as well as economic and national security, driving American innovation and competitiveness for decades to come.”

But national security aside, the company’s investment, along with those made by its industry peers, has massive implications for the tech sector as a whole.

More chip manufacturing and research means tech companies will have the tools they need to innovate and grow. And while manufacturing won’t start anytime soon, as the pandemic shows, the ability to produce locally could have major implications for future supply-chain-related recession and inflation prospects.

Not to mention that pumping billions into construction could mean good news for construction, and actions related to infrastructure.

So what does that mean for you?

For now, probably nothing beyond a short-term flicker on the stock chart.

But we’re not short-term thinkers here at Q.ai, and we don’t think investors should be either. Successfully investing in your future is a long-term game.

Invest for the long term with Q.ai

For long-term investors, betting on companies or industries with expansion plans can be quite profitable, if you make the right decision.

Unfortunately, that is easier said than done.

But you don’t have to do it alone. with Q.ai AI-backed investment kits and forward-thinking strategies at your back, we can help you make the right decisions by navigating the markets.

no, we can not to guarantee you will profit every time (especially in these upside down markets). But we they can provide the tools you need to build your own future success, whether DIY your wallet or take advantage of future innovations found in our emerging technology Y clean technology games

Together, we can build a better financial future, including semiconductors.

So, what are you waiting for?