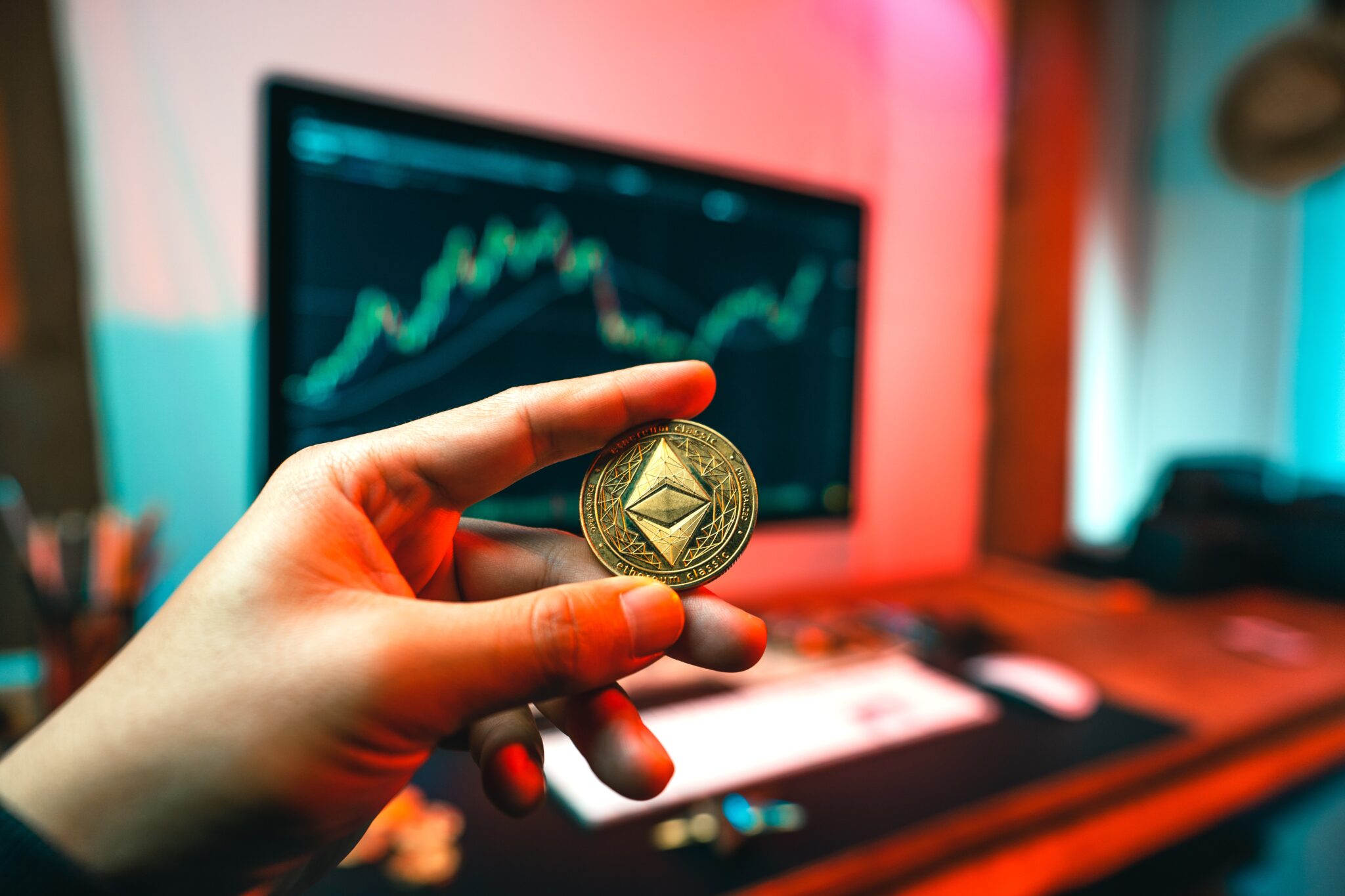 Cryptocurrencies were supposed to become an alternative means of payment. However, although they are still moving towards this goal, they have already become a very effective investment tool.

Of course, different currencies are very different in terms of investment appeal. In the recommendations of novice investors, the TOP-10 coins by market capitalization are most often mentioned. They are considered the most stable and predictable.

If Bitcoin can be correctly considered the founder of the digital asset market, then Ethereum is the beginning of the era of the digital economy. This is a cryptocurrency and blockchain platform that is designed for the development and deployment of decentralized applications and smart contracts for various purposes.

With the increase in the number of users, there is a need to improve the blockchain. The team made the decision to move from the proof-of-work consensus mechanism to the faster and more energy-efficient proof-of-stake mechanism. Now the platform is at the stage of implementing the biggest update in the history of its existence.

The ETH coin ranks second in terms of market capitalization. After the June price fell below $1,000, the coin is now trading above $1,500. It is too early to talk about a change in the downtrend. Analysts do not rule out that the current situation is nothing more than a correction before the fall continues.

The price of ETH is still quite dependent on the price of Bitcoin. The subsequent behavior of the asset in the market is highly dependent on the implementation of the Merge upgrade roadmap. The deadline for the final transition to Proof of Stake is September 19, 2022.

Long-term forecasts Ethereum looks bullish. Such a well-known, popular and useful project already has enough safety margin. Experts believe that it will hold up even in the event of a crypto winter. Furthermore, Vitalik Buterin, the creator of Ethereum, is of the same opinion and is confident that the crisis will ultimately benefit the crypto market.

Quite close figures appear in the DigitalCoinPrice forecasts. They are considerably lower than those calculated in Wallet Investor.

Classic cryptocurrencies are very volatile. This is very good for traders, but at least inconvenient for everyday calculations. Also, they are not guaranteed by anything and the price of the coin is set solely by market factors. USDT is the first stablecoin, a digital currency with a stable exchange rate backed by the USD. The USDT to USD exchange rate is constantly close to 1:1.

In the digital world, USDT is used in the same way as its fiat counterpart in the global economy. It is a universal currency for international and other payments and as a safe haven asset.

USDT is used to profit during periods of particularly extreme market volatility. Another of his role in the auction – intermediary. you can directly convert ETH to USDT on many exchanges, for less popular and newer altcoins, such a trade is often carried out in two stages via USDT.

What is the best currency to invest

Fundamentally, cryptocurrencies are growing. However, the young and unstable market is very sensitive to many unusual factors, such as exaggerated information and the private opinions of certain influential people. Furthermore, decentralized currencies, by definition, do not have their own calendar of recurring events. This greatly complicates analysis and forecasting of future developments.

The golden rule of an investor is the diversification of assets. USDT and ETHIRUM are definitely not worth opposing. Sooner or later, both coins will be in his wallet. Ethereum – to make profits, USDT – to minimize losses.