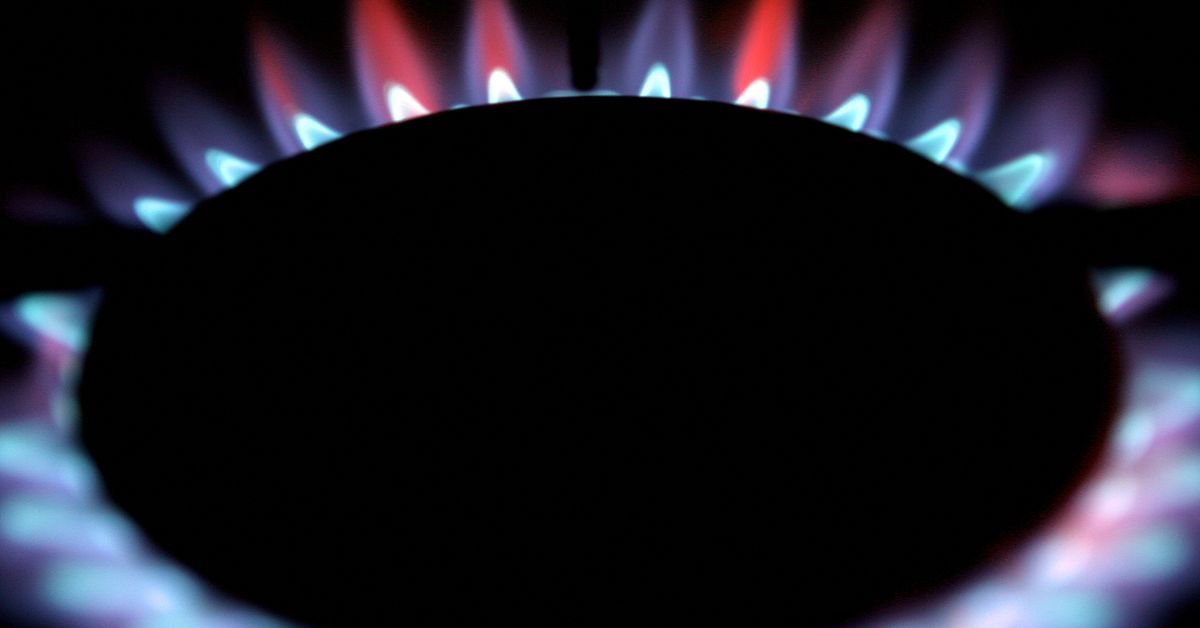 Gas burns from a ring in a domestic kitchen in a house in Manchester, northern England February 13, 2006. Gas prices for domestic users in the United Kingdom are set to rise by as much as 25 percent. REUTERS/Phil Noble/File photo

LONDON, Sept 7 (Reuters) – Britain’s oil and gas industry body has called for new North Sea drilling licenses and rapid investment in the sector to mitigate the impact of high prices on consumers as the country is facing the worst energy crisis in decades.

Incoming UK Prime Minister Liz Truss has vowed to act immediately to help people cope with rising energy bills that threaten to leave many unable to heat their homes this winter and said during her campaign that she would seek to extract more oil and gas from the North Sea. . read more

The European gas benchmark price has quadrupled in the past year due to the war in Ukraine, sanctions on Russia and the fallout from the coronavirus pandemic.

“The best way for the UK to ensure a secure supply of oil and gas is by investing more in its own resources,” said Ross Dornan, manager of market intelligence at OEUK.

UK gas production rose 26% in the first half of 2022 compared to the same period last year, driven by new projects off England’s east coast. read more

OEUK said in a report published on Wednesday that the increase could be “short-lived” without an increase in investment. The industry body sees 26 billion pounds ($30 billion) of capital investment potential in the oil and gas sector by 2030.

Britain is not directly dependent on Russian gas imports, but its connectivity to European countries via pipelines and its liquefied natural gas (LNG) imports from other regions means it is also affected by European and global price increases. .

Environmental groups have argued that increasing Britain’s oil and gas extraction is at odds with its climate target of reaching net-zero emissions by 2050.

“This will do nothing to address the cost of living crisis, as new licenses take many years to develop,” said Mike Childs, director of science, policy and research at Friends of the Earth.

In an interview with Reuters on Tuesday, the CEO of British oil and gas firm Enquest also urged the incoming government to offer investment incentives to North Sea oil and gas companies. read more

Increasing oil and gas drilling in the UK’s North Sea is one of the solutions to address the current energy crisis, said Amjad Bseisu of EnQuest.