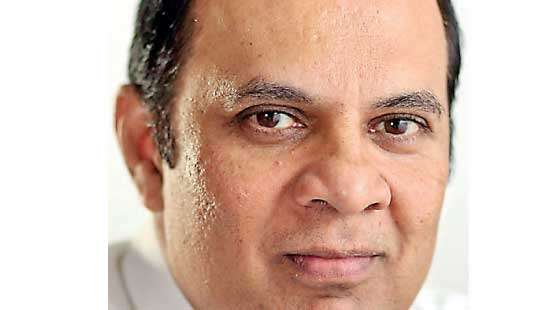 CEOs are actively looking for ways to get ahead of the triple threat of the COVID-19 pandemic’s fallout, heightening geopolitical tensions and inflation, according to the EY Outlook Pulse Survey of CEOs, October 2022.

The survey, which recorded the views of 760 CEOs around the world on their prospects, challenges and opportunities, found that more than four in 10 (43 percent) of CEOs identify a continuation or return of the disruption related to COVID-19, including new lockdowns and supplies. chain pressures, as the greatest risk to your business.

This risk is perceived to be higher in Asia-Pacific (48%) than in the Americas (43%) or Europe (41%). In addition to the perfect storm CEOs are bracing for, 35% of respondents point to geopolitical tensions and 43 percent) to inflation as critical risks to growth, with the majority (69 percent)) predicting that inflation will negatively affect your company’s performance and growth. A sizable minority (16 percent) identified inflation as the single greatest threat to their company’s revenue and margins.

As a result of rising geopolitical tensions, 95 percent of respondents are reshaping their investment plans and operations. According to the EY survey, geopolitical risks mean CEOs are delaying planned investments until the situation improves (43 per cent). Many respondents are reconfiguring their company’s supply chains (40 percent)) and relocating operating assets (39 percent)); while a third are going out of business in certain markets (30 percent)) or halting planned investments altogether (29 percent)).

Arjuna Herath, Partner and Head of Consulting at EY Sri Lanka and Maldives says: “Sri Lanka’s challenges will compound unless the country stabilizes and consolidates from a macroeconomic perspective, as CEOs around the world are watching. a global economy unlike anything they have seen. seen in many years.

The severity of the underlying risks varies by geography or industry, but it is clear that companies are facing a perfect economic and geopolitical storm. CEOs will use whatever levers they can to mitigate these risks, recognizing that some may be outside of their control or spillover effects from other industries.”

Strategic investments to mitigate risks with more than half of CEOs planning mergers and acquisitions
Building sustainability as a core aspect of all products and services to engage customers (39 percent) and using technology to increase customer loyalty (34 percent)) are the top two actions CEOs who they responded plan to carry out to overcome the challenging six months ahead.

At the same time, a significant majority (64 percent) intend to increase capital investment versus just 14 percent) planning to reduce.

More than half (52 percent)) plan to make an acquisition in the next year, while nearly half (40 percent) of respondents plan to be active on all fronts, looking to acquire, divest and enter new joint ventures. or strategic alliances.

When it comes to their next transaction, 21 percent of respondents said this will be driven by the need to invest in an early-stage business to enhance their existing portfolio and access new talent and 15 percent said they will seek acquire a business in an adjacent sector to open new avenues for growth.

Herath says: “The landscape has been reshaped in the last 24 months and there is more quicksand ahead. CEOs look for opportunities to unlock long-term growth and still see mergers and acquisitions as a critical method of fueling those growth strategies by acquiring companies that strengthen operational capabilities and innovation. Sri Lanka will lose the opportunities that exist under these circumstances unless we are in a position to publish a compelling story.”