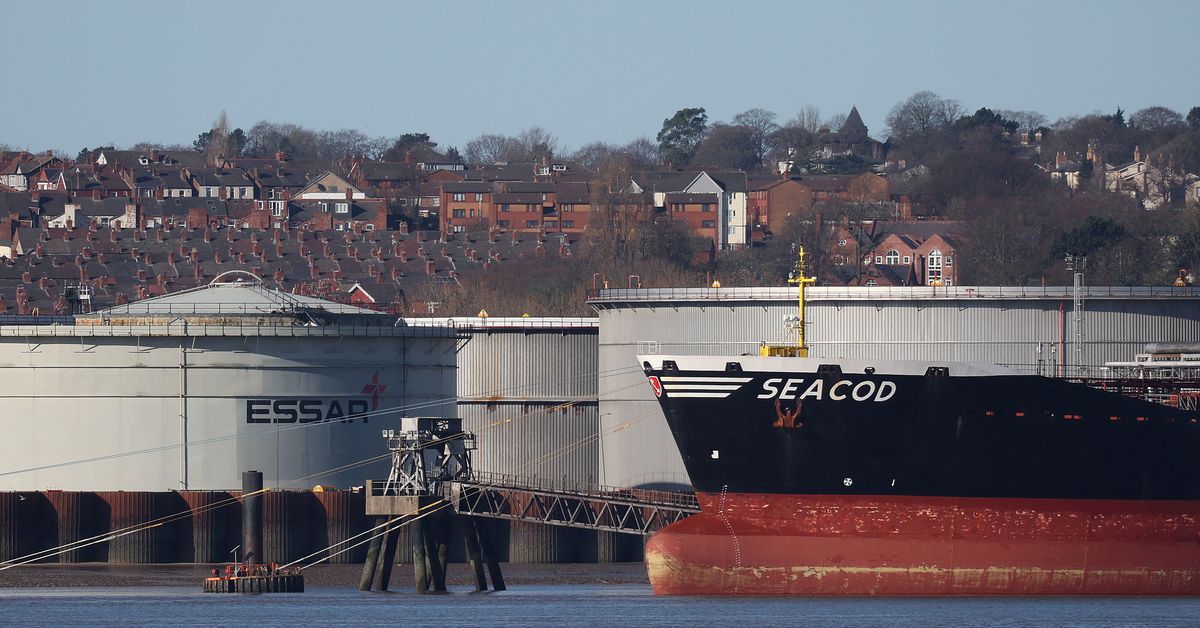 LONDON, Sept 8 (Reuters) – Britain’s move to green light dozens of new oil and gas fields will leave investors and banks with a tough public relations job as Britain struggles to shore up its energy security while complying with with its climate commitments.

Starting new oil and gas projects runs counter to the world’s shift away from fossil fuels in the fight against global warming and a commitment at last November’s UN climate talks to gradually reduce their use.

However, runaway inflation amid the conflict in Ukraine has forced the hand of new British Prime Minister Liz Truss as Russian President Putin looks to weaponize energy this winter.

Britain will launch a new round of oil and gas licenses next week with more than 100 licenses issued, part of a broader package of measures to tackle the energy crisis announced by Truss on Thursday. read more

And Britain is not alone in reassessing its energy strategy. Germany, for example, has been forced back to even dirtier thermal coal to help power its power plants and keep the lights on, hampering near-term efforts to rein in climate-damaging carbon emissions.

But for energy companies and the investors, bankers and insurers who finance them, new investment in fossil fuels also presents a challenge given that many have made their own promises to reach net-zero emissions by mid-century.

“This will absolutely hamper the ability of companies … to achieve their climate goals,” said Pietro Bertazzi, global director of political engagement and external affairs at the nonprofit environmental disclosure platform CDP.

“In 2021 the IEA [International Energy Agency] warned that there can be no new investment in oil, gas and coal if we are to have any chance of meeting our global goal of limiting global warming to 1.5°C.”

The plans are also likely to make discussions at the next round of climate talks in Egypt in November even more difficult.

A spokesman for the Net Zero Asset Owners Alliance (NZAOA), a group including insurers and pension plans with more than $10 trillion in assets looking to drive lower emissions, said policies must be aligned with the global climate goal.

“If investments and public policies don’t align with that, then that conflicts with the Alliance’s vision and mission,” the NZAOA spokesperson said.

“Crises, such as the current energy market turbulence, may make exceptions necessary to ensure energy security. However, none of these exceptions should cause us to deviate from the medium and long-term objectives that facilitate the transition towards a zero net economy.

Some senior financial services executives Reuters spoke to also see some room for flexibility, as long as longer-term goals are met.

For Tom Pearce, CEO of the insurer Rothesay, the company’s commitment to reduce portfolio emissions by 20% by 2025 would remain a priority, but “as long as companies have a good plan for the future, We would consider it.”

Others say the chances of reaching net-zero emissions targets on time were so small that reducing Western Europe’s dependence on Russian energy through increased support for coal-fired power production was the top priority for the European Union. security of the region and, ultimately, world peace.

Britain’s plans to invest in oil and gas are part of a bid to become a net exporter of energy by 2040.

However, Anna Moss, senior sustainability analyst at asset manager Abrdn (ABDN.L), said the country’s energy plan would “widen the credibility gap between the UK’s climate promises and its climate action, as well as affect the credibility of any existing transition”. strategies that the participating companies have already implemented”.

While there was a clear need to ensure energy security, he said new oil and gas licenses would not come online for at least a decade and there were more cost-effective ways to improve security without sacrificing the climate, such as renewable energy.

As part of the Net Zero Asset Managers initiative, Abrdn is engaged halve the carbon intensity of its portfolio, a measure of emissions linked to the value of its investments, by 2030.

“All investors and banks that have committed to halving their emissions by 2030 should seriously ask themselves whether helping finance these projects, directly or indirectly, is in line with their commitment,” said Hortense Bioy, director of research at sustainability at Morningstar fund industry tracker.

“Some will conclude that it is not and may stop supporting the companies that will bid on the licenses.”