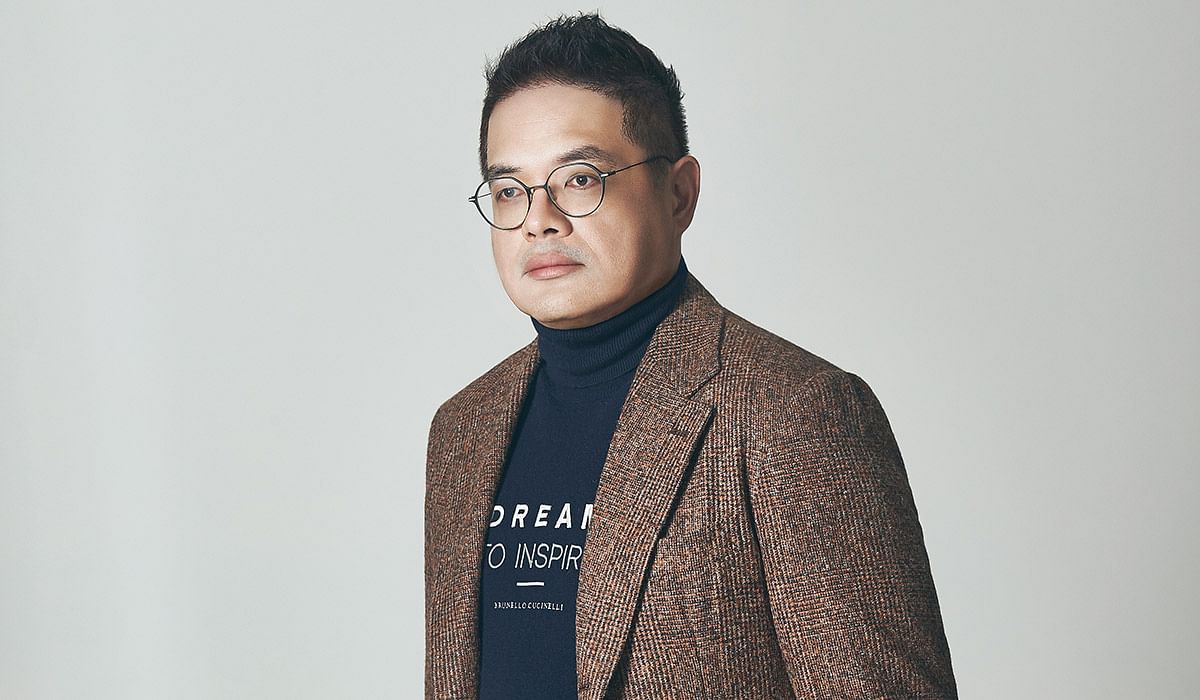 My idea is that entrepreneurs are 80 percent trained and 20 percent are born with it. So not everyone can be a founder, especially in high-growth startups that are very stressful,” says the co-founder of a Singapore venture capital firm. Golden Gate Enterprises (GGV).

While he may go against those who claim that entrepreneurship is a skill that can be taught, Paine argues that certain personality traits, like likeableness and fluid intelligence, for example, are innate.

“Fluid intelligence is how people process information and come to a conclusion. Founders have to make decisions with little or no information within a given timeframe, so they have to get as much knowledge as they can and process it to determine what decisions to make,” says Paine, who also helped launch the preview. The Founder Institute business accelerator in Asia.

“If you’re too nice, you can’t make decisions because you’ll listen to everyone. To be a good founder you have to be unpleasant, but you also need humility.”

Paine, a serial entrepreneur with experience in Silicon Valley before co-founding the Southeast Asia-focused GGV in 2011, has always been interested in working with and mentoring entrepreneurs in the region. In fact, GGV was born out of a need to solve a problem it identified among startups that needed financing from Bay Area investors, as the SEA business scene was relatively unknown at the time.

At the time, Paine mentored startups along with Vinnie Lauria, a Silicon Valley entrepreneur who was backpacking around Asia after selling his company. Seeing the potential in some of these startups, they launched Golden Gate Ventures so Bay Area angels could invest in regional startups.

An investor in big names like Carousell, RedMart and Ninja Van

Since then, GGV, which focuses on the consumer-driven internet and mobile sectors, has launched four funds and invested in nearly 70 companies in SEA, Greater China and the US, including Carousell, Carro, Ninja Van and RedMart. In the pipeline are projects in agtech and climate tech, and the firm plans to close an additional deal or two by the end of this year, Paine reveals.

The scene has changed dramatically since the founding of GGV. After a decade of rapid growth with the rise of multiple unicorn companies in the region, SEA is now firmly on the radar of global investors. In 10 years, capital invested per year increased 50-fold from US$130 million (Singapore $185 million) in 2010 to US$7.7 billion in 2020, with food, fintech and logistics attracting the most of the investments.

“Grab and Gojek highlighted the region by raising money around the world and selling Southeast Asia to investors. Thanks to them, people understood what was happening here”, observes Paine.

In addition, he believes that the region’s startup ecosystem has benefited from the dominance of budget airlines, which have increased regional travel and the use of English. “Before 2014, when he traveled to Indonesia or Vietnam for a conference, there was always a translator. Now, you don’t need one. Using English helps unify the region a bit more,” she says.

These days, the Golden Triangle of Startups from Vietnam, Singapore, and Indonesia is not only well regarded as the jewels of the region, but is also poised to influence the next wave of growth.

Continuing to spearhead the growth of the ecosystem, Golden Gate Ventures announced in May that it would open two new outposts in Ho Chi Minh City and Hanoi, complementing its other offices in Singapore and Indonesia. Its goal is to attract investment to the Vietnamese market, foster the exchange and growth of new ideas and innovations, and help Vietnamese start-ups build regional businesses.

In Paine’s view, these three powerful countries each have their strengths and advantages that position them for further growth and cross-border synergy. “With capital and talent from Singapore, and more sophisticated founders located here, you will have regional experts as your headquarters and product teams are here. Singapore teams also tend to have a more ambitious and global outlook,” she says.

Indonesia’s strength lies in its large market size and potential for profitability. “In many sectors, if you are number 1 in the country, you will be able to generate returns for venture capital in many rounds. IPOs have shown that there are returns for different types of private investors.”

On the contrary, the earthquake of Vietnam’s youth and its great technical talent make it an attractive destination for investors and entrepreneurs. Paine says: “In addition to its population density and adoption of mobile technology, it is number 1 in terms of technical talent in Southeast Asia. Teams can do very complex things like Web3 and crypto because they consider this second nature.”

Related: Self-made tech millionaire Alvin Poh is back to help other entrepreneurs scale

Looking into his crystal ball, Paine believes it will be more difficult to start a business in the next decade given SEA’s maturing startup ecosystem. “The rate of consumer startups with unique ideas is declining as a few monopolies control consumer distribution. Founders have to think about what kind of companies are worth starting and what fits their personality.”

According to GGV’s Southeast Asia Startup Ecosystem 2.0 report, the next generation of entrepreneurs is likely to spawn social commerce startups and medtech and fintech-only unicorns. There will also be a rise in B2B SaaS (business-to-business software as a service) startups.

“To get it right, you have to have a vision that others don’t, like a turning point when something changes in your country, region, or globally. Then build something to become the first company to capture the change,” he says.

To prepare for this changing landscape and heightened investor expectations in the future, GGV’s new portfolio growth strategy, called Founder First, aims to equip founders not only with financial capital, but also with the human and social capital that the company has acquired over the years. .

“We have to see the founders as human beings. They are not money making machines, they are human. They need to be very self-aware because being a founder can be extremely lonely, and this was made worse during Covid-19,” she observes.

As a result, he often asks budding entrepreneurs how much sleep they get and how they regulate stress when he meets them. Noting that a significant number have to deal with anxiety, burnout and impostor syndrome at one point or another, he observes that those who are in it for the long haul “need to know how to manage their stress and recognize the early signs of stress.” from problems. ”.

We have to look at the founders as human beings. They are not money making machines.

Paine points out, however, that most startups don’t need venture capital funding. “Not all companies need to become unicorns and most investors forget about these groups of companies. But while those companies, like software companies, may not be able to receive as much capital because they don’t need it, they deserve to be around.”

Paine says he won’t be afraid to speak frankly in such situations. “If such companies fit our investment criteria and we can help them think big, we will probably invest in them. On the other hand, we will also tell them the truth. If we see that your business is going to be small, do not ask us for money”.

However, your interactions with such entrepreneurs do not necessarily end here. “We are happy to advise them to help them get where they want to go. If we can help someone, we will try; if we can give honest feedback, we will because that’s how GGV has been from the beginning.”