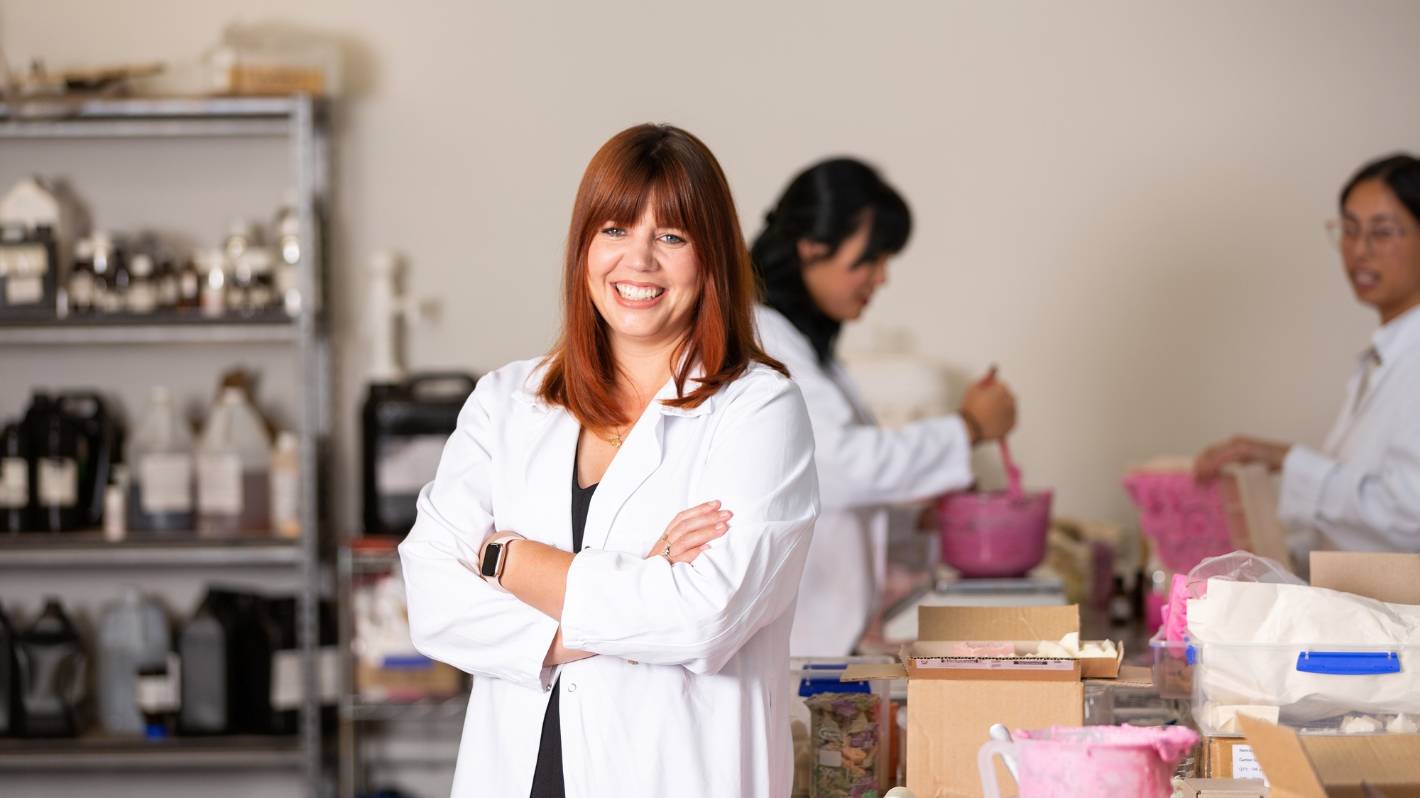 A sexual lubricant made from organic hemp seeds and a brand of fair trade instant coffee are two start-ups set to benefit from a new multi-million dollar initiative to support entrepreneurs.

The two Bay of Plenty startups, Come Clean, which wants to de-stigmatize lubricant, and the fair trade coffee company Critical Supply, were selected from more than 500 businesses across Aotearoa in a competition in which entrepreneurs had to show how your business solved a social or environmental problem. theme.

The competition was led by Brianne West, founder of zero-waste beauty product Ethique, who earlier this year launched a $20 million fund to help other local entrepreneurs develop their businesses.

West started the competition during the first stage of the fund’s launch to help raise awareness of the challenges facing social enterprises, which have a 95% failure rate in their first decade of operation.

Winners share a cash prize and mentorship valued at $140,000, but West calls for more support for businesses with a purpose in the Bay of Plenty region, with feedback from startups saying specialized expertise is more valuable than an injection of cash.

“The caliber of entries from the Bay of Plenty was extremely high, however, it is clear from the sheer number of entries that there is a chronic lack of local support infrastructure for startups seeking to solve environmental problems.”

“There is more acceptance that a company can do good and still make a profit.

“The idea that you don’t have to be a nonprofit to make a difference is a really key message for startups to understand today, and one we want others in our position to hear,” he said.

Daisy Hylton, founder of Come Clean, said that while products using sustainably sourced ingredients reduced the environmental impact of consumer goods, it was a challenge to get the business off the ground.

Reading the ingredients of a big-name sexual lube, Hylton knew that a natural product with local ingredients and no chemicals would be welcome, but would be competing with “the big guys.”

“We are competing against well-resourced major incumbents. Having access to mentors who understand what it’s like to be a sustainability-driven business in an unsustainable world helps provide the motivation to keep us focused on growth.”

Hylton had identified sexual wellness as a niche product and wanted to remove taboos or any notions of “seedy” or shame when buying lube.

“Our customers range from millennials to people in their 60s, and we wanted to create conversations about why and how to use lubricant, so it’s something natural that people can talk about.”

West said the entries showed that there are a large number of New Zealand startups with the potential to make a significant impact on major social issues.

By nurturing these two Bay of Plenty businesses, West intended to show others in the region how these business models can be adopted.

“We now know that there are many more startups in the region that can also make similar inroads to address the systemic social issues we face as a nation, and require tailored support to grow and bear fruit,” he said.

The third winning company was Auckland-based Daisy Lab, which produces an alternative to yoghurt and cheese that produces up to 97% fewer emissions than using cow’s milk.

Tauranga-based Enterprise Angels is another start-up fund in the region and has so far invested $58 million in 100 companies, most based in Auckland, Bay of Plenty and Wellington.

“Active angel members have supported these businesses in many ways utilizing their experience, skills and connections.”

Le Lievre is excited about what the future holds in terms of the startups she’s seeing “that are solving some twisted global problems.”